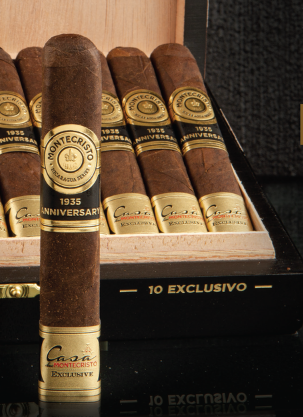 Casa de Montecristo is releasing an exclusive size to its Montecristo 1935 Anniversary Nicaragua line, in the form of a 52 x 4 1/2 line extension called Exclusivo.

“At Casa de Montecristo,” said CEO Brad Winstead in a press release, “we are continuously looking for ways to offer our adult clientele the highest quality premium products. The Montecristo 1935 Anniversary Nicaragua Exclusivo is a perfect fit for our brand and we look forward to providing our guests with this exclusive size. We are honored to be able to offer cigar lovers something they can’t get anywhere else.”

The new cigar is scheduled to be available on June 11th at Casa de Montecristo stores.