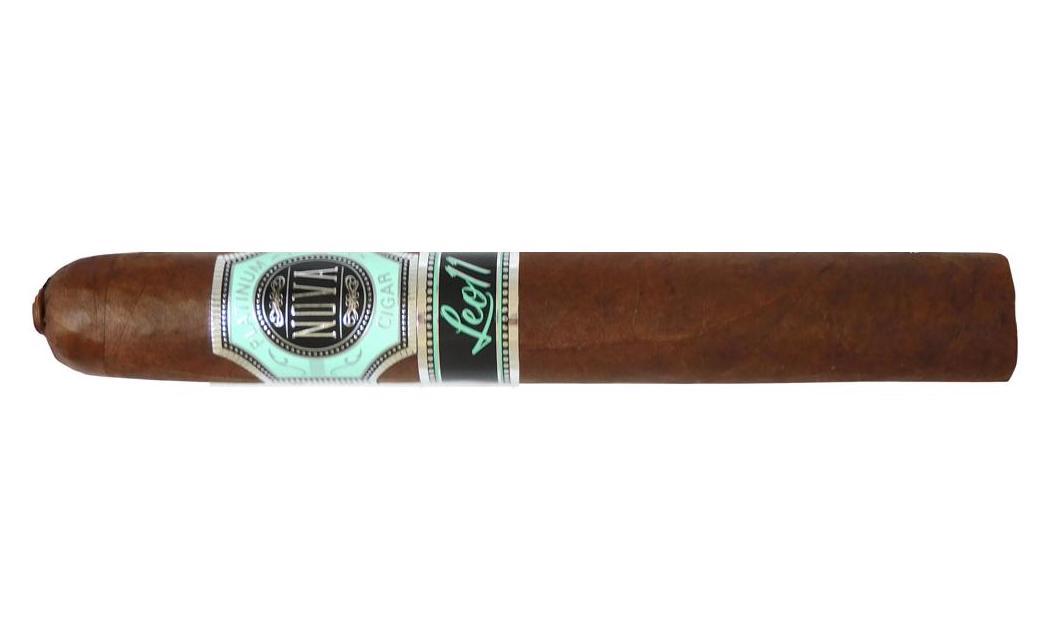 At the 2021 Premium Cigar Association (PCA) Trade Show, Platinum Nova Cigars would introduce a second cigar under its Personal Reserve series known as the Leo 11. The name Leo 11 comes from Leonor Abzaradel, who serves as the CEO of the company. In 2020, Platinum Nova had released the Leo 10 to commemorate Abzaradel’s ten years working in the cigar business. The Leo 11 marks her 11th anniversary in the cigar business, and there are plans for a Leo 12 to be released at the 2022 PCA Trade Show. For today, we turn our attention to the Leo 11 cigar.

For the past few years, Platinum Nova cigars have been garnering a lot of attention. The company is not actually new to the scene. For many years they have been operating out of Delray Beach, but more recently they have made a push with national distribution. For most of the time they have been in business they have produced their cigars out of the Dominican Republic. In 2021, the company began to add production out of Nicaragua into its portfolio. The Leo 11 was one of the cigars coming out of Nicaragua.

Without further ado, let’s break down the Platinum Nova Leo 11 Edition Limitada and see what this cigar brings to the table.

The blend for the Platinum Nova Leo 11 Edition Limitada is a Habano-forward blend highlighted by a Habano wrapper leaf grown in Ecuador. The remainder of the blend is all-Nicaraguan,t featuring Habano tobacco from the Jalapa region in Nicaragua. While the Leo 11 is produced in Nicaragua, the factory producing it has not ben disclosed.

The Platinum Nova Leo 11 Edition Limitada comes in one size – a 54 x 6 Toro. The cigars are presented in 11-count boxes.

The Habano Ecuador wrapper of the Platinum Nova Leo 11 Edition Limitada had a medium brown color with a rosado tint to it. There was a light coating of oil on the surface of the wrapper. There were some visible veins on the surface. Most of the wrapper seams were well-hidden. The cigar was finished with a swirled pig-tail on the cap.

The secondary band rests just below the primary band. It is black with chrome and black trim. On the center of the band is the text “Leo 11” in teal with a teal pinstripe above and below it.

As opposed to pulling the spiral pig-tail off the Platinum Nova Leo 11 Edition Limitada, a straight cut was used to remove both the cap and pig-tail simultaneously. From this point it was on to the pre-light draw. The dry draw delivered cedar, natural tobacco, earth, and floral notes. Overall this wasn’t the most exciting of pre-light draws. At this point it was time to toast up the footer of the Platinum Nova Leo 11 Edition Limitada and see what the smoking phase would have in store.

The final third saw the earth notes remain primary with the natural tobacco and pepper notes secondary. The natural tobacco notes made the profile bitter while the pepper imparted some harshness. This is the way the Platinum Nova Leo 11 Edition Limitada came to a close. The resulting nub was soft to the touch and cool in temperature.

Overall the Platinum Nova Leo 11 Edition Limitada required multiple touch-ups to maintain a straight burn path and a straight burn line. This was a cigar that needed more touch-ups than preferred. The resulting ash had a silver gray color with some dark streaks. This wasn’t the firmest of ashes. As for the burn rate and burn temperature, both maintained ideal levels. 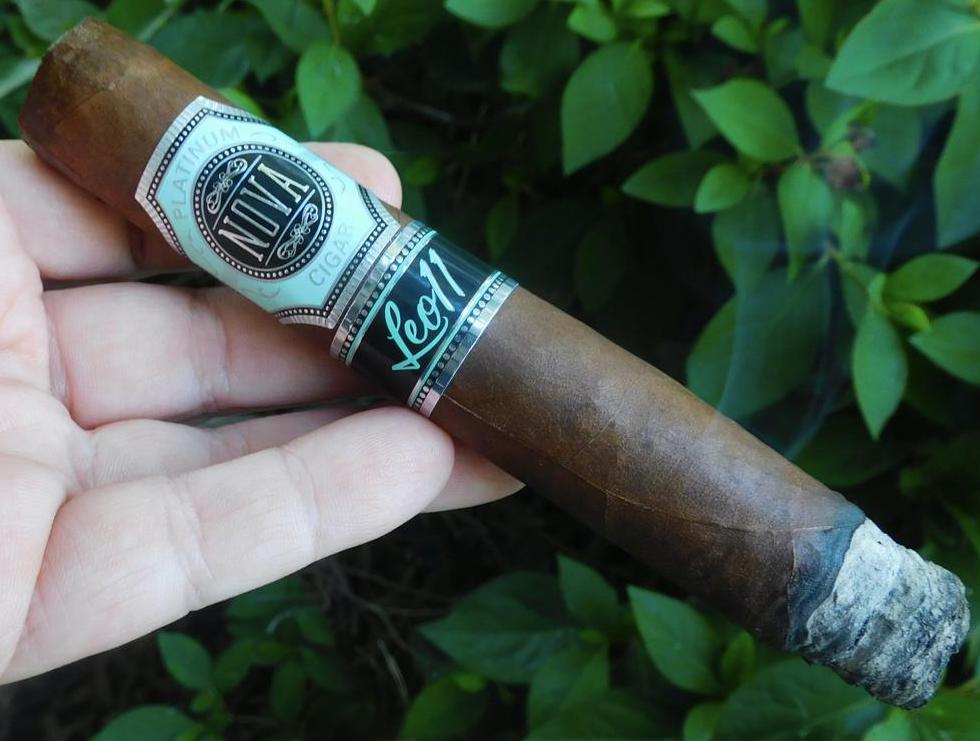 There were four samples smoked of the Platinum Nova Leo 11 Edition Limitada. The first sample was completely plugged and the cigar smoking experience had to be aborted. The other three had an open draw – and in the end, the draw turned out to not be bad. I usually prefer a little resistance of the draw. I’m inclined to say the plugged cigar was an outlier given the other three had a more open draw than I prefer.

The Platinum Nova Leo 11 Edition Limitada was a cigar that delivered a medium strength, medium-bodied smoking experience from start to finish. There was a nominal change in the intensity levels, but I still found the strength and body to remain in the medium range. In terms of strength versus body, both attributes balanced each other nicely with neither attribute overpowering the other.

Each time I took the first puffs of the Platinum Nova Leo 11 Edition Limitada, I had hopes that this cigar had some promise. Unfortunately in each of the cases the cigar experience didn’t pan out. By the last third, the flavors were muddled and harsh and it left me quite disappointed. I have enjoyed many of the Platinum Nova offerings, but unfortunately the Leo 11 simply didn’t deliver. On top of that, there wasn’t much I could find to justify the $20.00 price point.