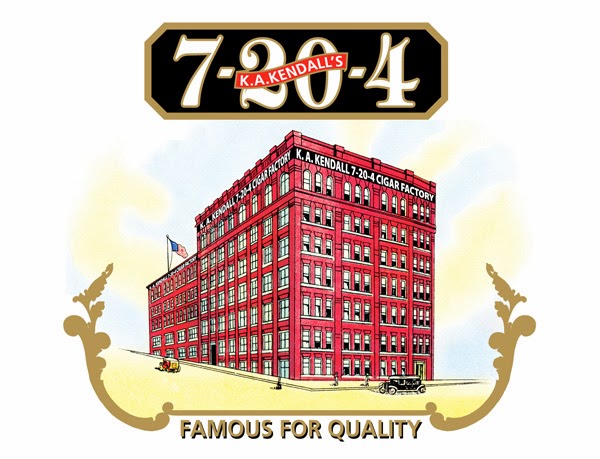 The Box Pressed Perfecto is a 6 x 54 vitola that marks the first time 7-20-4 has offered a box-pressed cigar. It is an extension of the eponymous 7-20-4 line that consists of a Brazilian Mata Fina wrapper, San Andres binder, and fillers from the Dominican Republic as well as the Condega, Estelí, and Jalapa regions of Nicaragua. Production comes from the J. Fuego factory in Estelí, Nicaragua. Last year, Kendall moved production of the line from Plasencia to J. Fuego.

The cigars will be packaged in ten-count boxes. As for production, Kendall says the cigars will be made to order – with quantities based on who puts orders in at the Trade Show. The cigars are expected to arrive at retailers later this year.