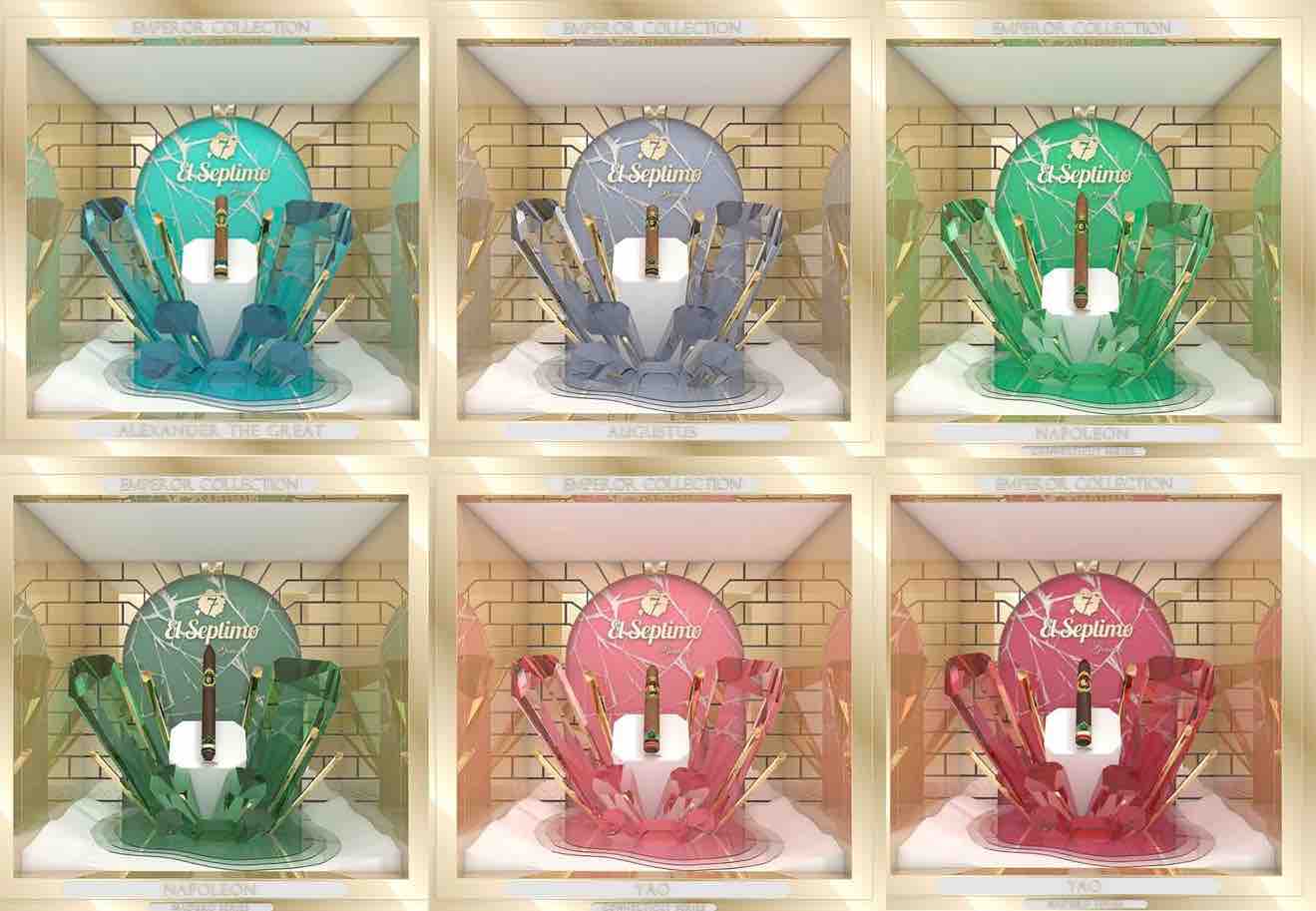 As for King Sargon, this is a blend already a part of El Septimo Geneva’s Gilgamesh Collection, but will be “crossing over” to the Emperor Collection with two special sizes Toro (7 1/4 x 50) and Robusto (4 1/4 x 54) in both a Connecticut and Maduro. These are described as being available in limited quantities for a limited time. The four cigars will only be available for purchase in a Gilgamesh Collection-themed humidor, which will be available in five other designs, or through purchasing a limited-edition large humidor that comes with all four cigars and a rare bottle of El Septimo Cognac.

The Emperor Collection will be available worldwide as follows: