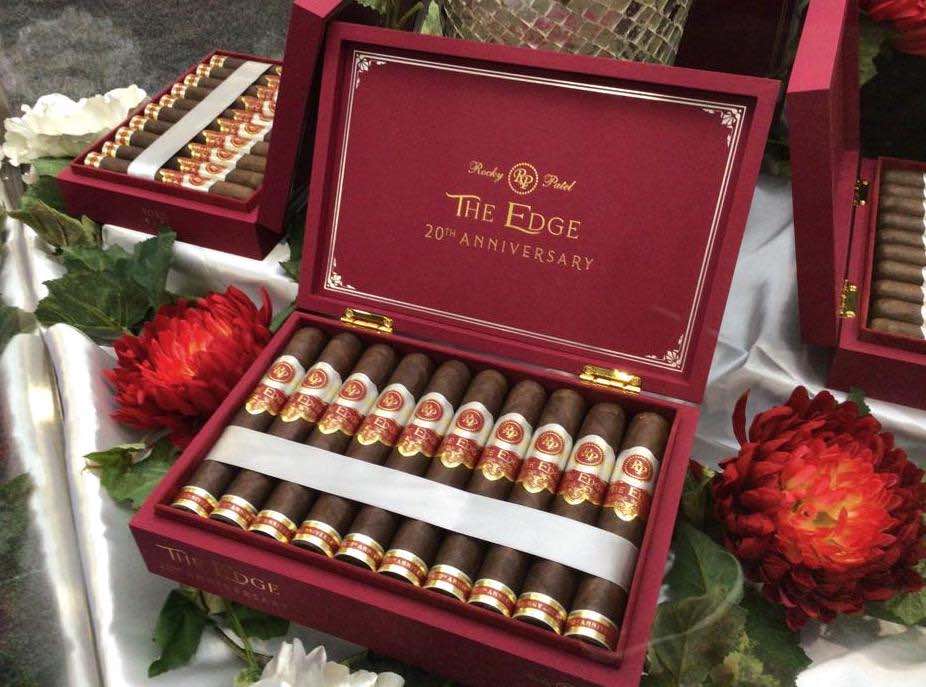 Twenty years ago, Rocky Patel started working on a project called The Edge. At the time it was a cigar that was packaged in 100-count crates and was originally unbanded. Eventually footer bands were added, and many additional blends were added to the line. This year, Rocky Patel Premium Cigars pays homage to the work that started 20 years ago with The Edge 20th Anniversary.

The rest of the blend consists of a Mexican binder, and fillers from the Jamastran Valley in Honduras, and both the Condega and Estelí regions of Nicaragua. Unlike those original Edge cigars, these cigars use traditional banding and come in 20-count boxes in three sizes: Robusto (5 1/2 x 50, SRP $11.00), Toro (6 x 52, SRP $12.00), and Sixty (6 x 60, SRP $13.50). Production for The Edge 20th Anniversary comes out of El Paraiso in Honduras.

The Rocky Patel Edge 20th Anniversary is expected to ship to retailers in September.