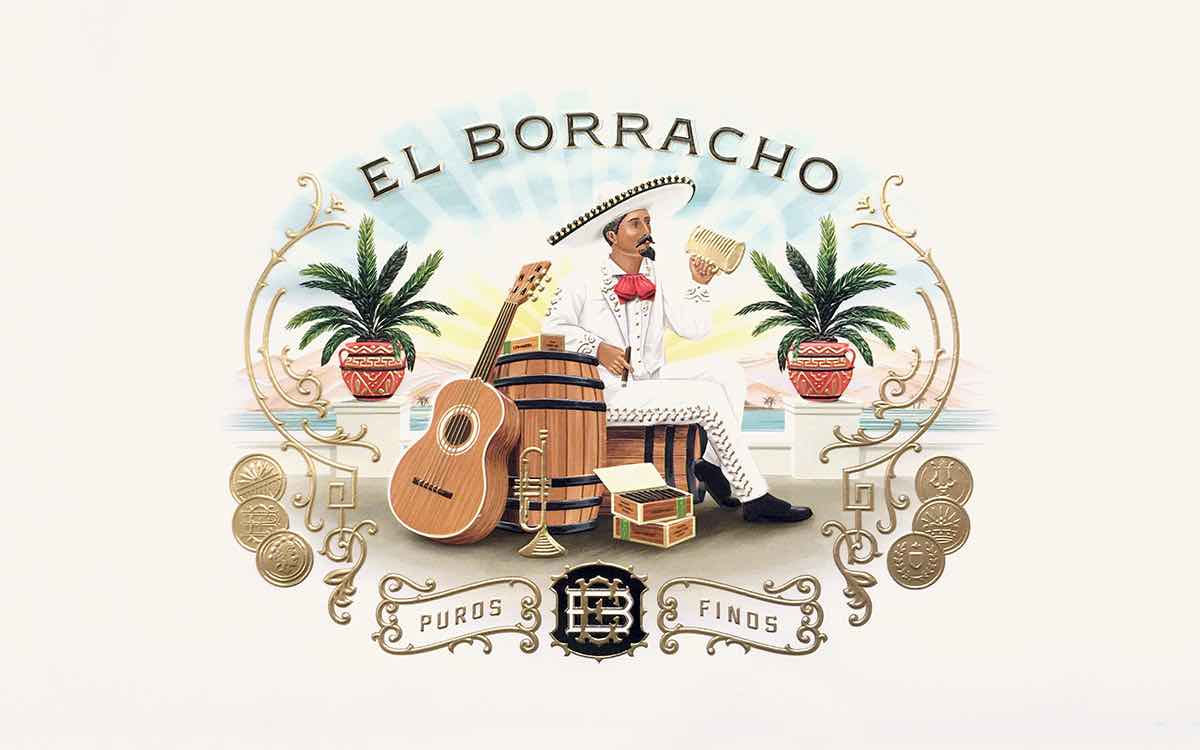 Reith says the name changes are to alleviate some confusion in El Borracho. San Andres and Broadleaf are often lumped in as maduro cigars.  The new packaging changes were not on display at the Trade Show.

The new El Borracho San Andres Box Pressed Belicoso shares the same blend as the other sizes, including a San Andres natural wrapper over Nicaraguan binder and fillers. The El Borracho Broadleaf Box Pressed Belicoso features a U.S. Connecticut Broadleaf wrapper over Nicaraguan binder and fillers. The new Belicoso sizes will be packaged in 20-count boxes while the other sizes (Edmundo, Robusto, and Toro) are in 16-count boxes.

The Box Pressed Belicoso for both lines is expected to ship this summer.