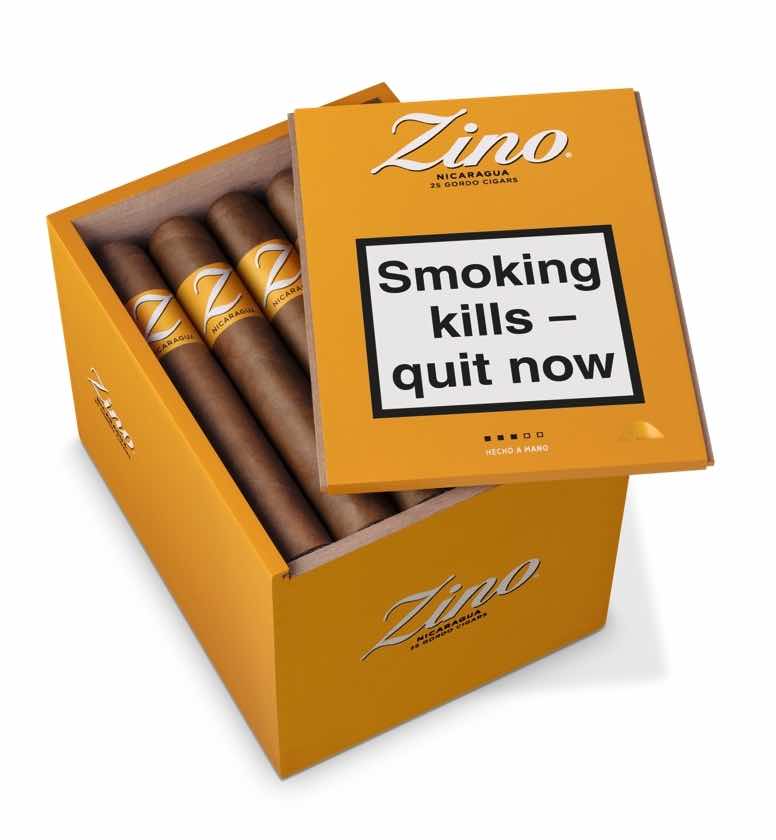 Davidoff has announced it will be adding a new 6 x 60 size to its Zino Nicaragua line.

Zino Nicaragua made its debut in 2021.  While Zino has been recognized for many years as an ultra-premium brand known for its limited editions, Zino Nicaragua would be positioned as a value-priced regular production cigar. It also would not be targeted for just premium tobacconists, but also for convenience stores.

For the most part, the cigars for the Zino brand have come out of the Dominican Republic. One other thing that is different with Zino Nicaragua is that it is produced in Honduras at Davidoff’s Diadema Cigars de Honduras S.A., the factory that is best known for making the majority of Davidoff’s Camacho cigars. The Zino Nicaragua features an Ecuadorian wrapper and Nicaraguan tobaccos for the binder and filler. There are also Honduran and Dominican tobaccos in the filler. There is also a cigarillo line that features a completely different blend.  The Gordo joins the Short Torpedo, Robusto, and Toro sizes as regular production offerings in the Zino Nicaragua line.

The Zino Nicaragua Gordo will be presented in 20-count boxes. The Gordo is scheduled to ship in September.