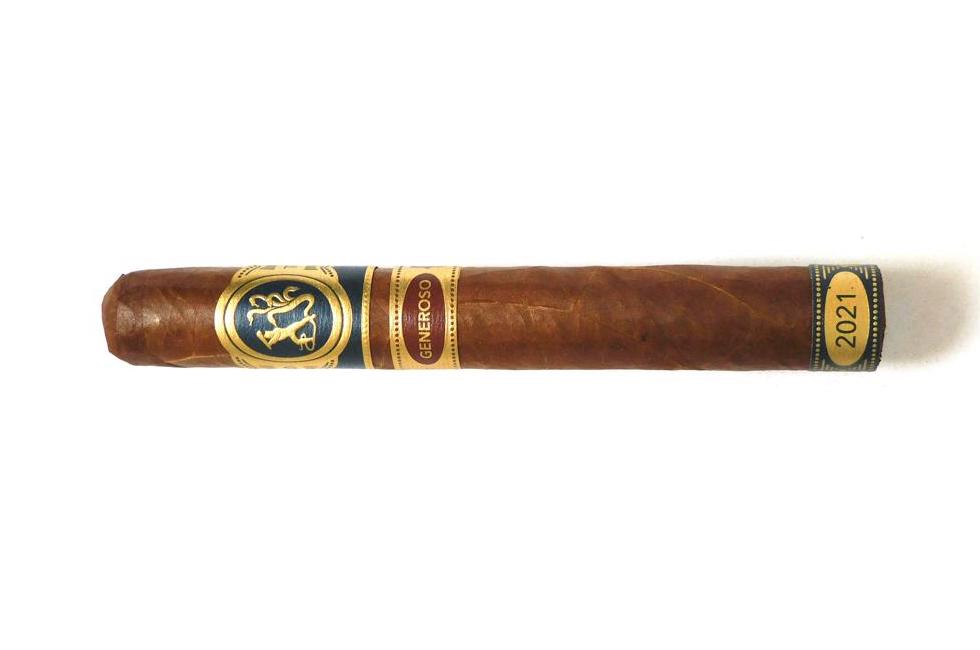 The story of Ferio Tego cigars has been well-documented over the past 19 months. Late in 2020, Altria exited the premium cigar business and shut down the premium cigar brands of Nat Sherman International. A few months later, two former Nat Sherman International executives, Michael Herklots and Brendon Scott, announced they had acquired the brands once sold and distributed by Nat Sherman International and had formed a new company called Ferio Tego. The name Ferio Tego is the Herklots Family motto found on the Herklots Family coat of arms and loosely translates to “strike and defend.” The former Nat Sherman brands acquired include Timeless, Metropolitan, and the Ancora line of accessories. In addition Ferio Tego announced they were going to produce and sell their own-branded cigars under the Ferio Tego name. Today, we take a look at one of those new Ferio Tego-branded cigars, the Ferio Tego Generoso – specifically the 2021 release.

When the Ferio Tego branded cigars were announced, there were two blends. These are intended to be limited production cigars produced on an annual basis. The two blends are Generoso and Elegancia. Each blend is produced by a long-time manufacturing partner of the former Nat Sherman brands – Generoso is made at the Plasencia factory in Nicaragua while Elegancia comes out of the Quesada factory in Nicaragua. Both releases are intended to be more-premium offerings in the Ferio Tego portfolio. In terms of sales and distribution, Davidoff of Geneva is handling this in the U.S. for all Ferio Tego cigars including these new offerings and the legacy offerings that came over from Nat Sherman.

The first release of the Ferio Tego Generoso and Elegancia came out last Fall. Recently, the 2022 edition was announced. These cigars will feature the same blends. In terms of the experience, Herklots has said “each year, these two blend experiences are crafted in a way that is consistent in their respective style, but also offers an opportunity for creativity, allowing for some uniqueness from one year to the next.”

Without further ado, let’s break down the Ferio Tego Generoso and see what this cigar brings to the table.

The Ferio Tego Generoso consists of a shade-grown wrapper out of Honduras over a blend of all-Nicaraguan tobaccos. As mentioned, the Generoso comes from the Plasencia factory located in Estelí, Nicaragua.

The Honduran Shade Grown wrapper of the Ferio Tego Generoso had a medium brown color with a slight Colorado tint to it. There was some oil on the surface of this wrapper. While there were some visible veins and thin wrapper seams, this was quite the elegant wrapper.

The secondary band rests just below the primary band. This is a mostly gold band with some brown design elements. The most prominent of these design elements is a brown oval with the text “GENEROSO” in gold font.

The third band is a footer band that is mostly black with gold design elements. The most prominent of these design elements is a gold oval with the text “2021” in gold font.

A straight cut was used to remove the cap of the Ferio Tego Generoso. Once the cap was removed it was on to the pre-light draw ritual. The cold draw delivered notes of cedar, earth, and a slight amount of bing cherry. Overall this was a satisfactory pre-light draw. At this point, it was time to light up the Ferio Tego Generoso and see what the smoking phase would have in store.

By the final third, the earth notes remained grounded in the forefront. The cedar and pepper increased a little more. While these notes closed in on the earth notes, they never displaced them as the primary flavor. The cherry and mineral component remained a little more distant but provided just enough secret sauce to keep me interested in the blend. This is the way the Ferio Tego Generoso came to a close. The resulting nub was slightly soft to the touch and cool in temperature.

The burn of the Ferio Tego Generoso did require some touch-ups to maintain a straight burn path and straight burn line. The touch-ups did the trick, although there were slightly more touch-ups than I prefer. The resulting ash was silver-gray. This was an ash that was skewed toward the firmer side. The burn rate and burn temperature remained ideal throughout the smoking experience. 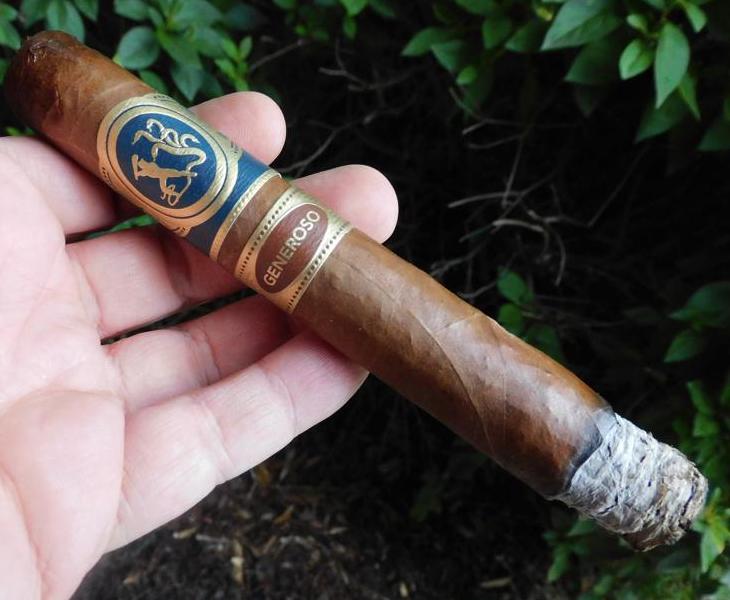 The draw of the Ferio Tego Generoso was excellent. It had a touch of resistance on it – which is something I prefer for my smoking experience. At the same time, this was a low-maintenance cigar to derive flavor from.

The Ferio Tego delivered a little more boldness than I was expecting. This was a cigar I would classify as being both medium to full in strength and body from start to finish. There was a marginal increase in the intensity of both attributes along the way. In terms of strength versus body, I gave the slight edge to the body.

My first experience with the Ferio Tego Generoso was in late 2021 and I was quite impressed. Over the past few months, this cigar has responded nicely to short-term aging. Now I find it quite a complete cigar. Not only does it deliver good flavor, but it delivers unique flavor, and it delivers flavors that keep me interested from start to finish. While I’d steer this cigar to a more seasoned cigar enthusiast, this is certainly a nice medium plus cigar for the novice. Coming in at 90 points, the Ferio Tego earns the Cigar Coop Standard of Excellence designation. This is a fine debut for Ferio Tego, and this is a line I look forward to smoking for years to come. It’s a cigar certainly I’d buy and smoke again.