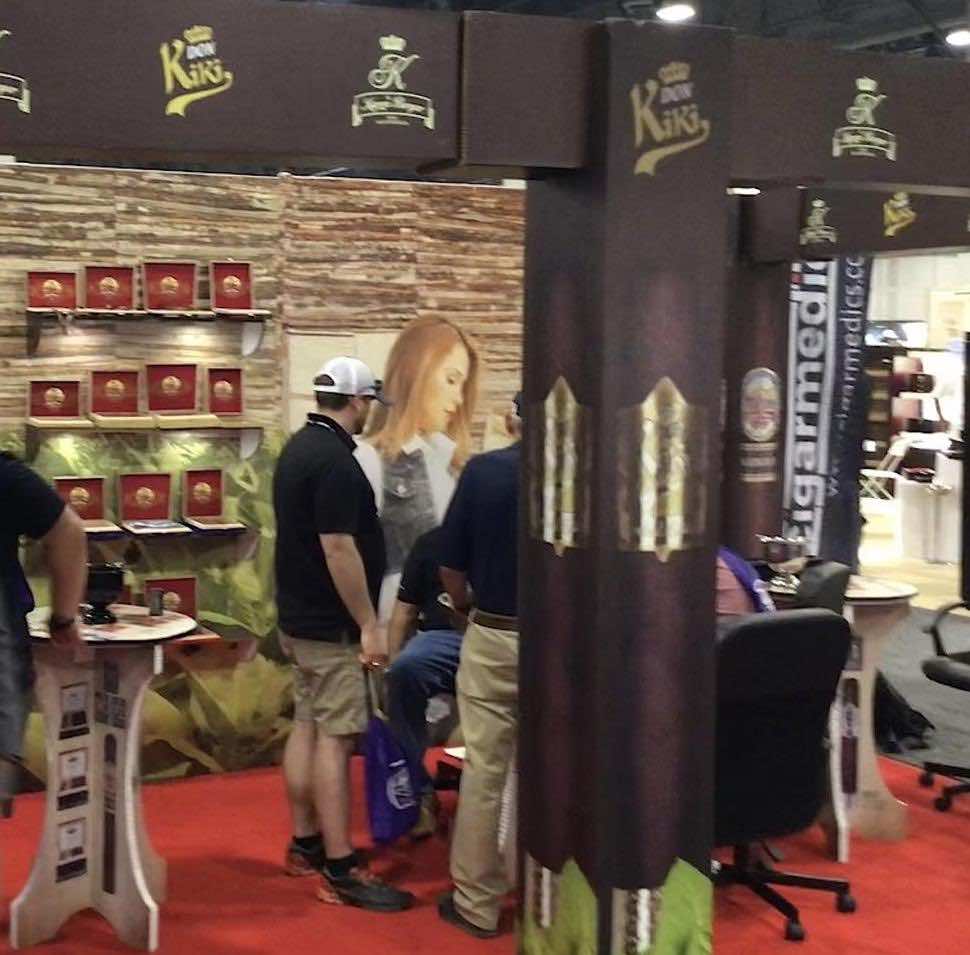 Many know the name of the late Don Kiki Berger, who built a vertically operated tobacco operation during the cigar boom. Today Kiki’s wife Karen Berger heads up this operation that includes a factory, farms, a retail operation, and the brands of Don Kiki Cigars and K by Karen Berger. This year, Don Kiki/K by Karen Berger marks 25 years that the Bergers have been in the cigar business. As a result, a special, limited premium offering was introduced known as the K by Karen Berger 25th Anniversary by AJ Fernandez. It’s a collaboration that is being produced at AJ Fernandez’s factory, but it includes tobaccos from both the Fernandez and Berger farms. It’s also described as the most full-bodied blend in the company’s portfolio to date.

Karen Berger introduced her brand in 2016. She has done an impressive job growing her company. This booth was quite busy throughout the four days of this year’s Trade Show.

The blend for the 25th Anniversary is equally impressive. It features a wrapper that is a Habano 2000/Connecticut Broadleaf hybrid from Fernandez that the company says is the first being used in the industry. It also includes a San Andres Mexican binder and all-Nicaraguan fillers. The cigar will be available in one size – a 6 x 52 Toro. A total of 1,500 20-count boxes have been produced. Pricing is set at $16.00 per cigar. 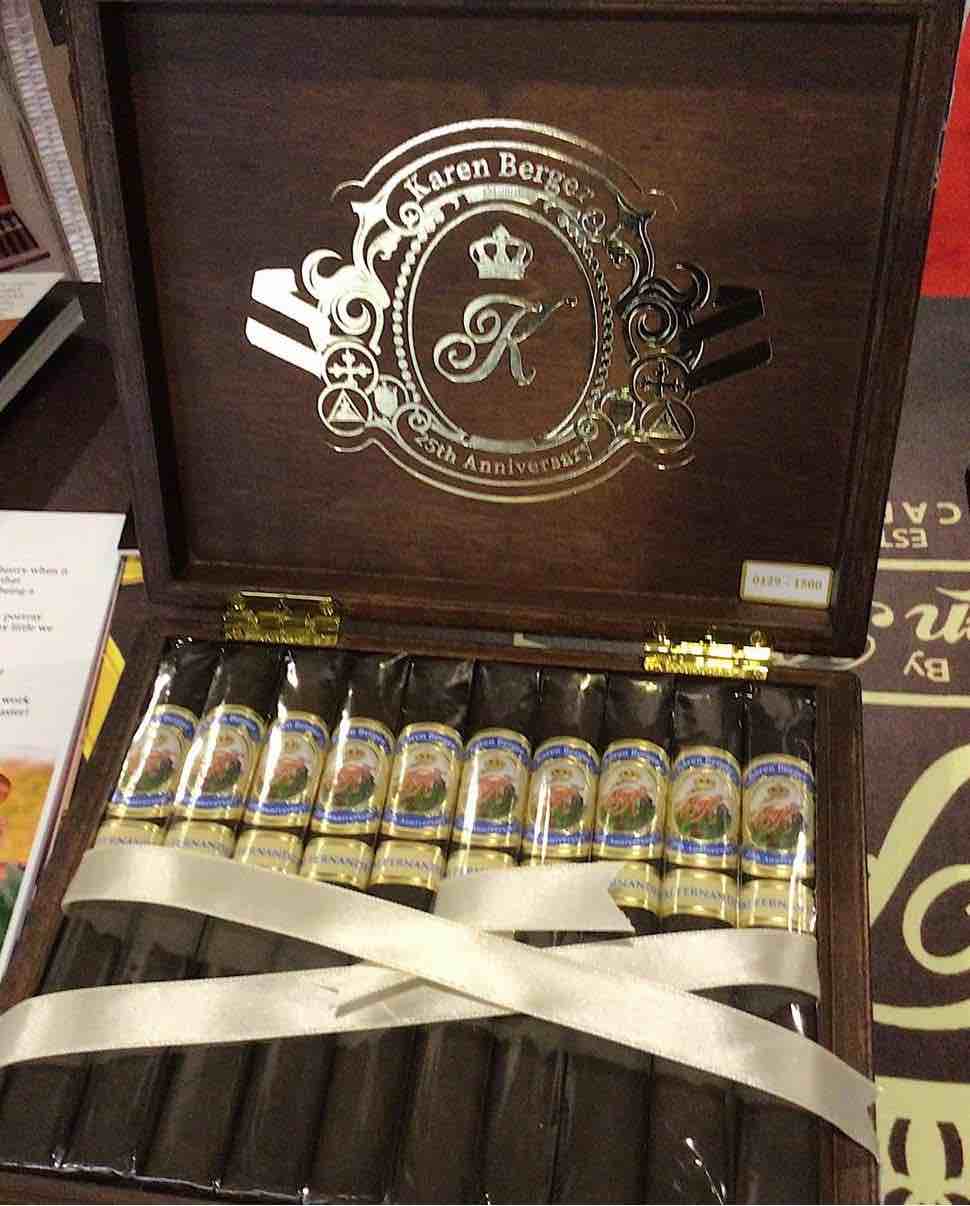