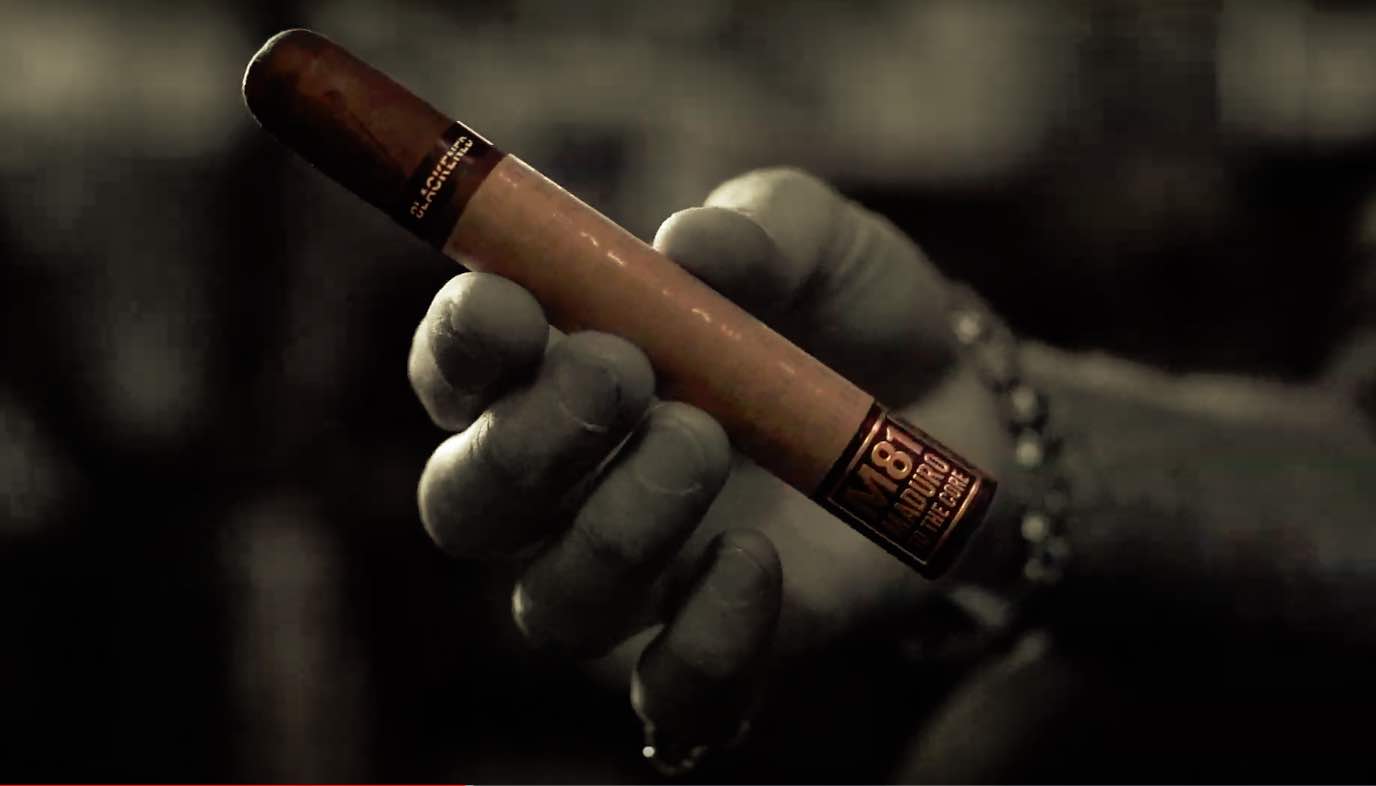 Drew Estate has revealed its fourth mystery cigar. It’s a new offering in the Drew Estate portfolio known as Blackened M81. Blackened is the name of a whiskey done with Metallica and distiller Rob Dietrich. The brand has now expanded to include a cigar being produced and sold by Drew Estate.

Drew Estate had released an unbanded version of the cigar in August as a part of its fourth Freestyle Mystery Pack. The brand was revealed on the company’s September 28, 2022 Freestyle Live broadcast.

Dietrich and Drew Estate President Jonathan Drew have been friends for many years. It was Dietrich who introduced Metallica lead singer James Hetfield to Drew.  The idea was floated about creating a cigar brand. From there, the wheels were put in motion to create a cigar that shared the vision of the Blackened Brand. Drew provided cigars from the Drew Estate portfolio to sample and Hetfield and Dietrich kept cigar journals to critique the cigars and identify what they liked and disliked about each one.  Eventually they were able to settle on the flavor profile which was the Blackened M81. 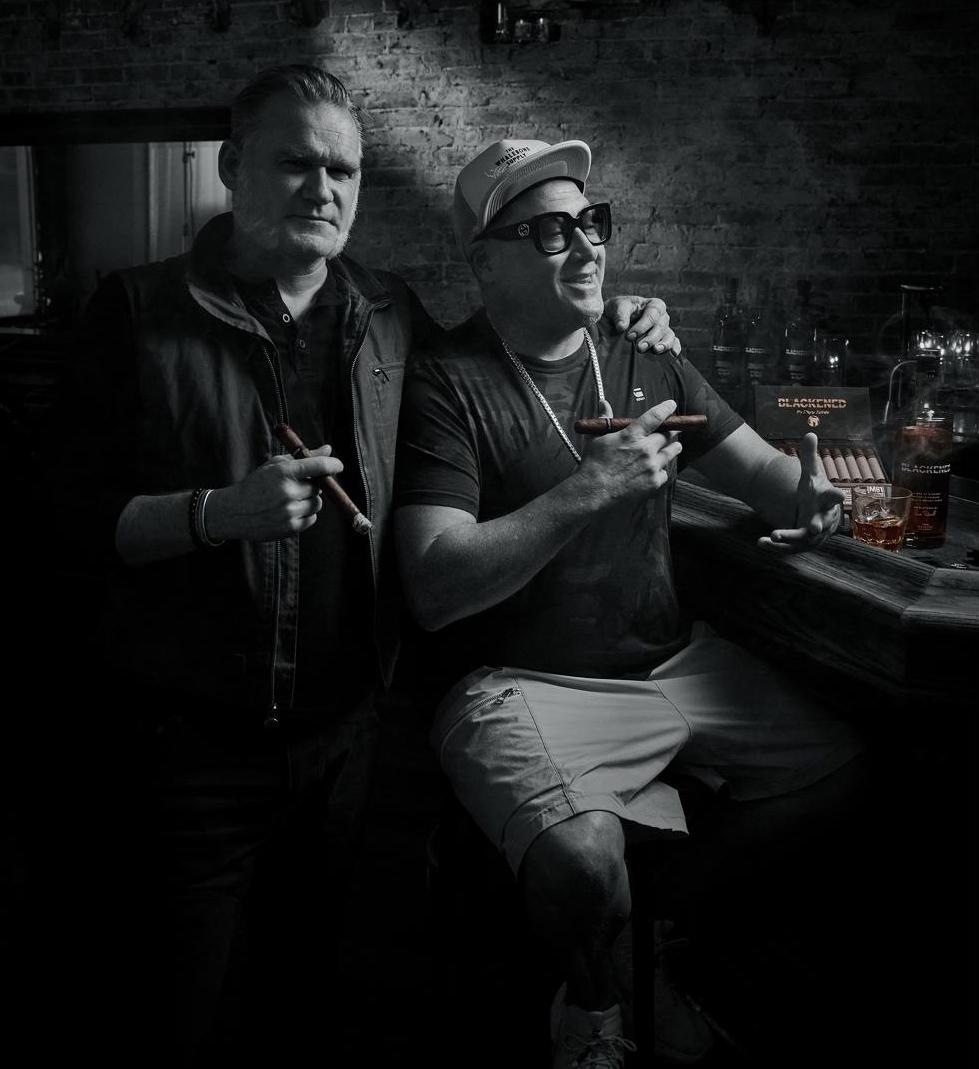 “It is really a fun social thing for me, a fellowship, to have a few buddies sit around with a few sticks,” commented James Hetfield. “My buddy, Rob Dietrich, Blackened’s Master Distiller, and I frequently enjoy cigars together and he introduced me to Jonathan from Drew Estate. The three of us connected and shared each other’s vision and story about where we’ve been, what we like to see and what is important to us now, and we all came up with what a Blackened ‘M81’ Cigar would look and taste like. I love the Maduro leaf and I’m super excited for everyone to try this.” 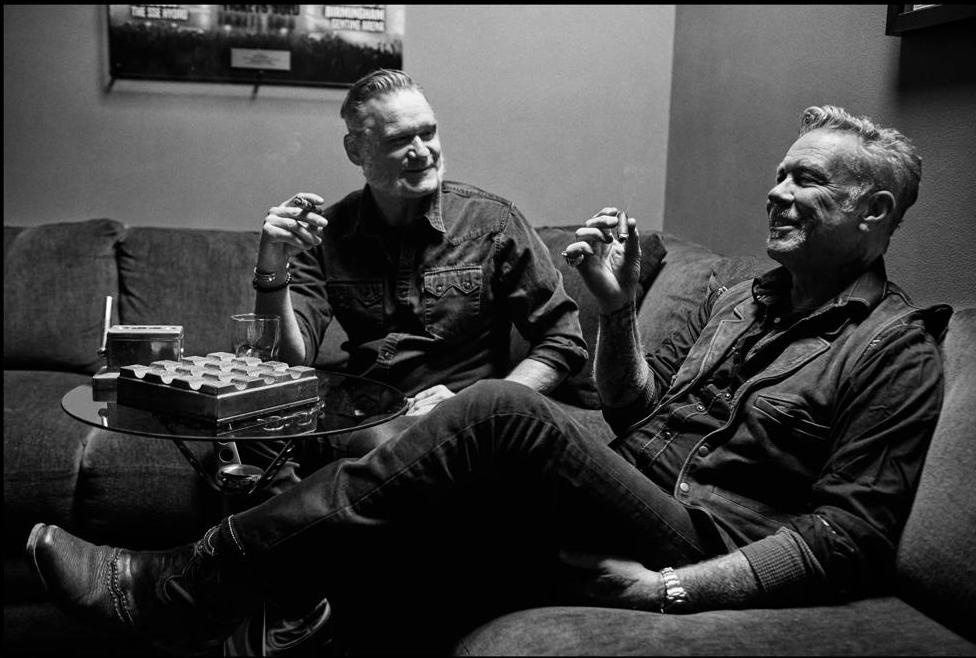 “This was a project that was purely born from passion …for music, for fellowship, for life, and all the in-between moments within,” added Dietrich. “James, Jonathan and I worked together to create what we feel like is the perfect cigar. The result is truly a monster of flavor—all-maduro, designed with definitive depth for darker and bolder palates.”

Incidentally, if you are a music fan, you will recognize that “Blackened” is the name of a track from the 1988 album And Justice for All. M81 stands for “Metallica 1981” and that was the year the band was formed. 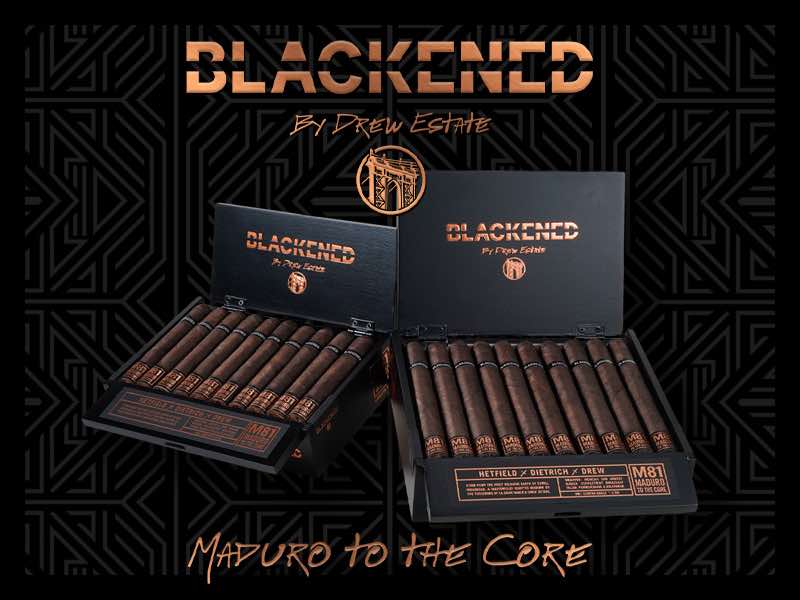 The project is an all-maduro offering featuring a San Andres Mexican wrapper, Connecticut Broadleaf binder, and a combination of Pennsylvania Broadleaf and Nicaraguan fillers. The cigar will be offered in four sizes: Corona, Corona Double, Robusto, and Toro – each presented in 20-count boxes. It will be an exclusive to Drew Diplomat retailers and is scheduled to ship in December.

“Hetfield, Dietrich, and the DE team have dedicated an immense amount of time into this historic brand,” adds Drew. “BLACKEND M81 Cigars by Drew Estate reveals layer-after-layer of Maduro’s deepest, darkest, most magical, and mysterious character that narrates a defining story of just one thing … passion!!!” 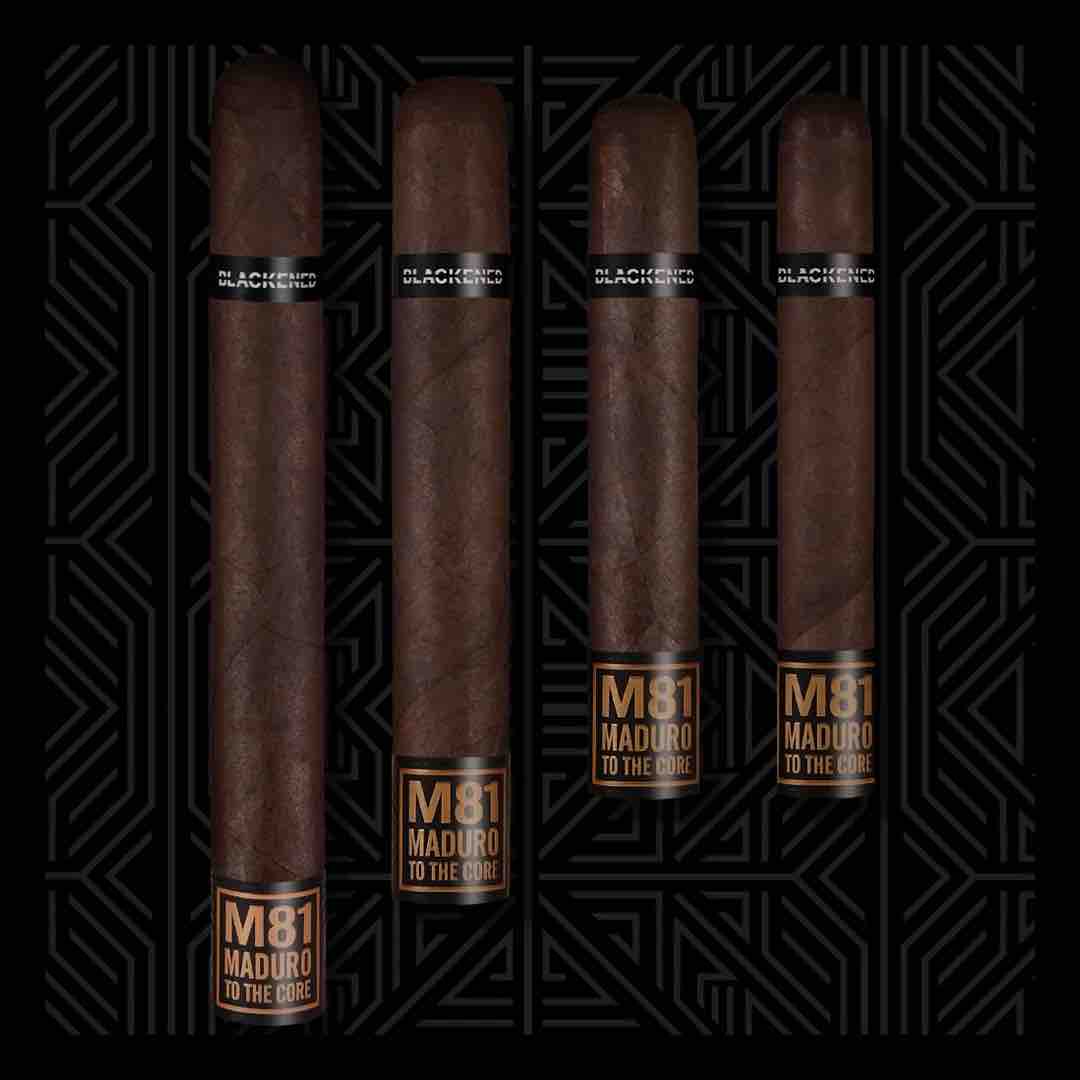 At a glance, here is a look at the Drew Estate Blackened M81: