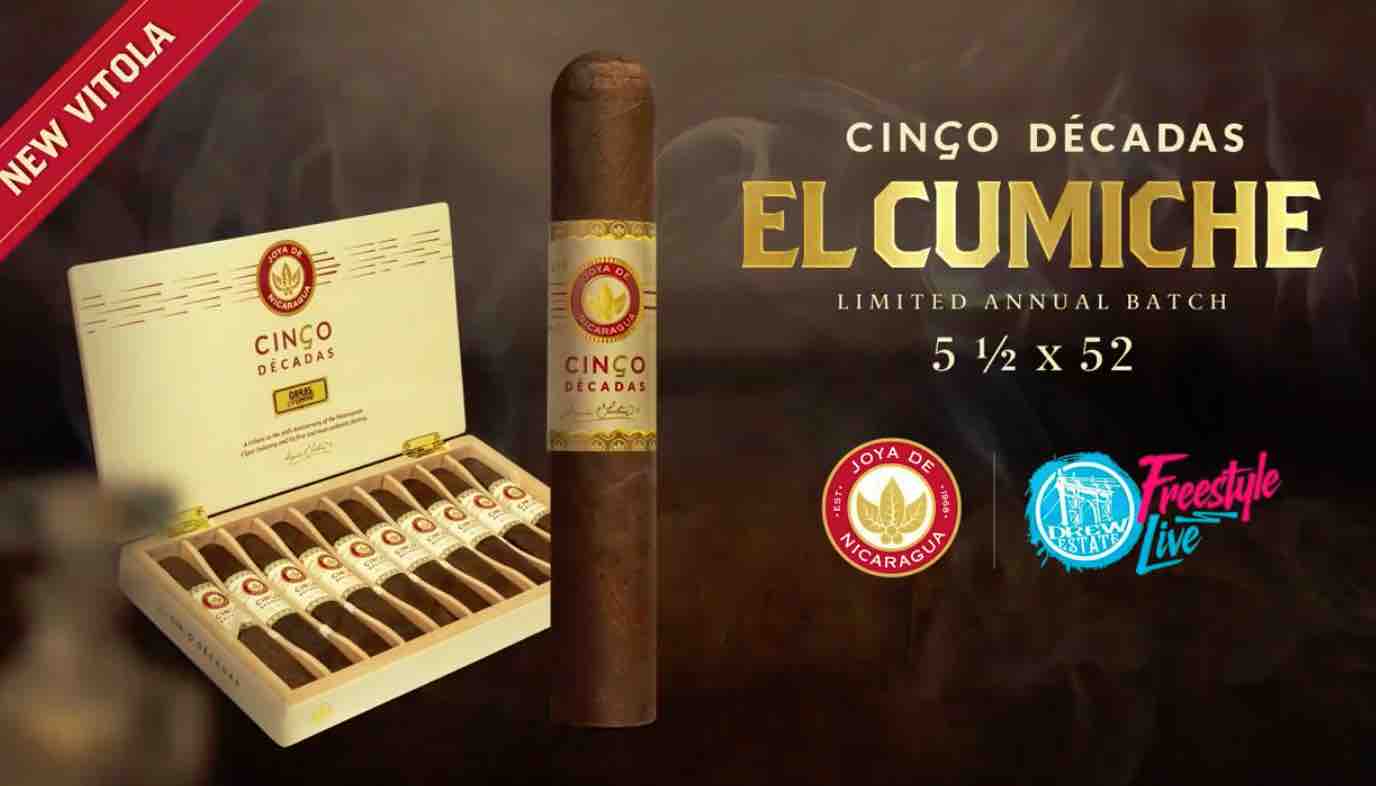 As for the cigar, it’s described as a limited production 5 1/2 x 52 box-pressed Robusto Extra available in ten-count boxes. The idea here was to introduce a smaller expression of the Joya de Nicaragua Cinco Decades blend. As in the past, the blend of Cinco Décadas was not disclosed.

A firm shipping date was not made available on the broadcast. Distribution in the U.S. is being handled by Drew Estate. The cigar will be made available to Drew Diplomat accounts.

At a glance, here is a look at the Joya de Nicaragua Cinco Décadas: