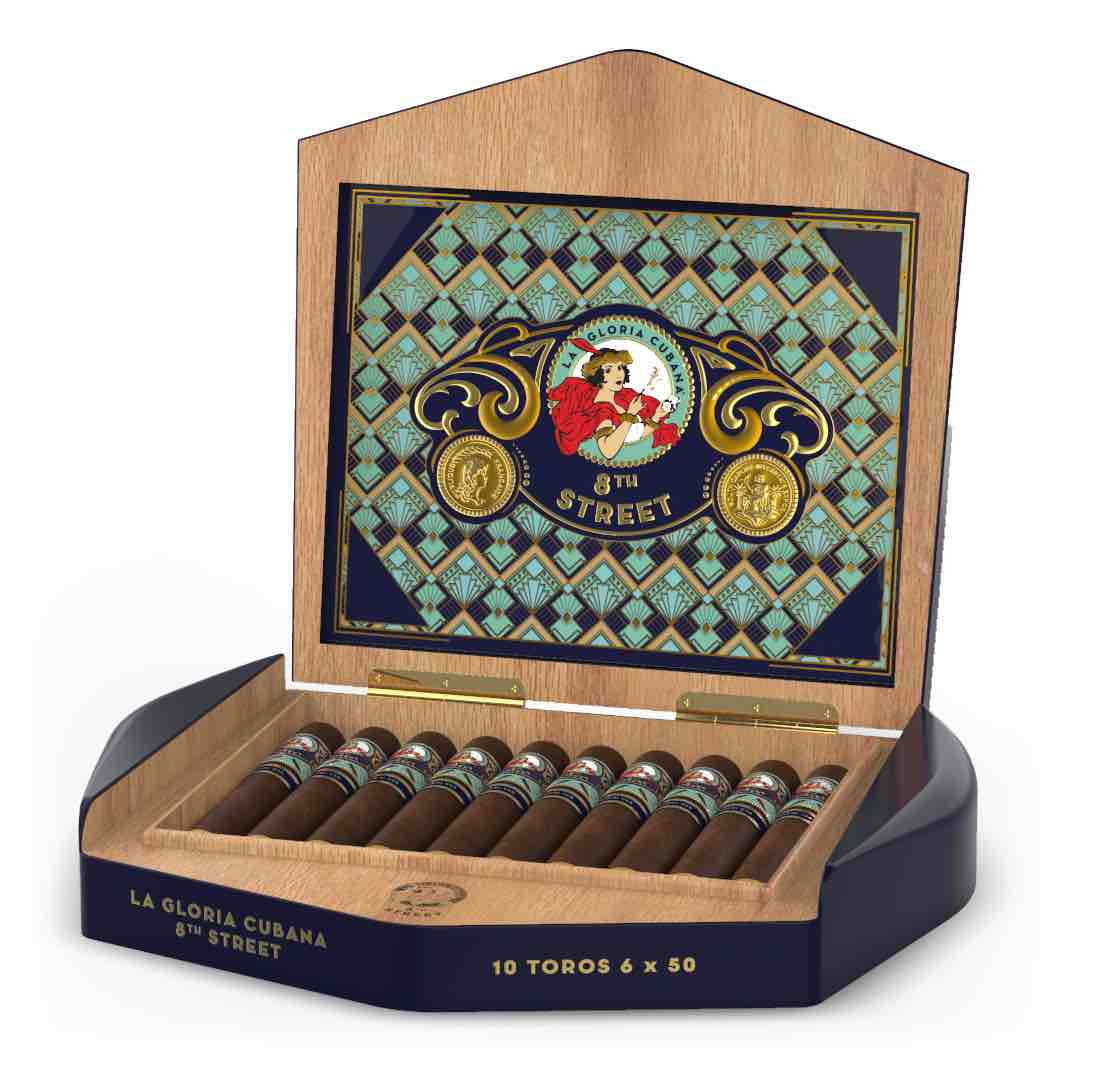 For La Gloria Cubana, it’s a homecoming as the brand was once produced by Ernesto Perez-Carrillo Jr. at his El Credito factory in Miami, Florida.  In 1999, Perez-Carrillo would sell the brand to Swedish Match where it became part of General Cigar. Today it is a part of the Scandinavian Tobacco Group portfolio under Forged Cigar Company. While today most of La Gloria Cubana’s production comes from the Dominican Republic and Nicaragua, in 2008 there was a limited project that was done in Miami under the La Gloria Cubana brand called Artesanos de Miami.

The blend features an Ecuadorian Habano Oscuro wrapper over a Nicaraguan binder and a combination of Nicaraguan and Dominican fillers. The cigar comes in one size – a 6 x 50 Toro. The cigars are presented in ten-count boxes with a total production of 5,000 boxes. Pricing is set at $21.99 per cigar.

In a press release, Justin Andrews of STG said, “La Gloria Cubana Eighth Street is proudly made in the USA and honors the roots of this legendary brand. For this special project, we blended to a classic La Gloria profile which means the cigar has a lot of personality, is well-balanced through its many transitions and delivers a rich, long finish. This is an elegant and complex cigar that every fan of La Gloria Cubana will want to experience.”

Sandy Cobas, owner of El Titán de Bronze said, “La Gloria Cubana is one of Calle Ocho’s biggest success stories and it’s a brand my team and I have long admired. When we were approached about collaborating on this special project, we jumped at the chance. ‘Eighth Street’ is our way of paying tribute not only to La Gloria Cubana, but also to the Cuban expatriate cigar rollers who continue to practice their craft in Miami, keeping the traditions of their homeland alive.”

The La Gloria Cubana Eighth Street will start shipping to retailers on October 3.

At a glance, here is a look at the La Gloria Cubana Eighth Street: