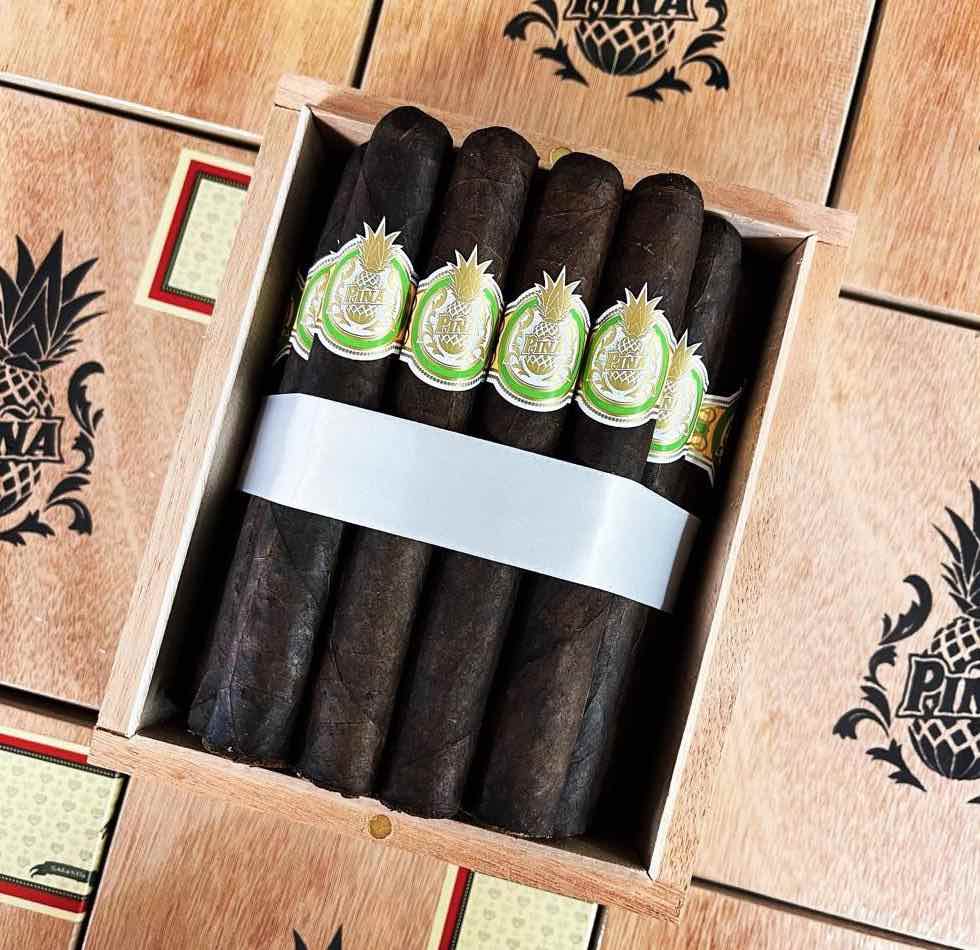 Viaje Liga Company has announced the return of the Viaje Piña. The Piña was last released back in 2017 and was the first collaboration done by Viaje in conjunction with Ernesto Perez-Carrillo Jr. at Tabacalera La Alianza in the Dominican Republic. The Viaje Piña has started to arrive at retailers this week.

When the Viaje Piña was first released back in 2017, it was a part of Viaje’s White Label Project (WLP) Series. The Viaje White Label Project is a mechanism that is used for experimental blends, mash-ups, and cigars made in error. The cigars are typically packaged with simple white paper bands featuring the “Viaje” name in black font. While the Viaje Piña remains a small batch project, the company said it has “graduated” out of the WLP program into its own full line.

The blend for the Viaje Piña remains the same, featuring a Mexican San Andres wrapper, Ecuadorian binder, and all-Nicaraguan fillers. It also comes in the same two sizes: Bohea (5 x 54, SRP $10.83) and Makana (6 x 52, SRP $11.00). Like the 2017 release, the cigars feature boxes where the lid is attached via magnets.