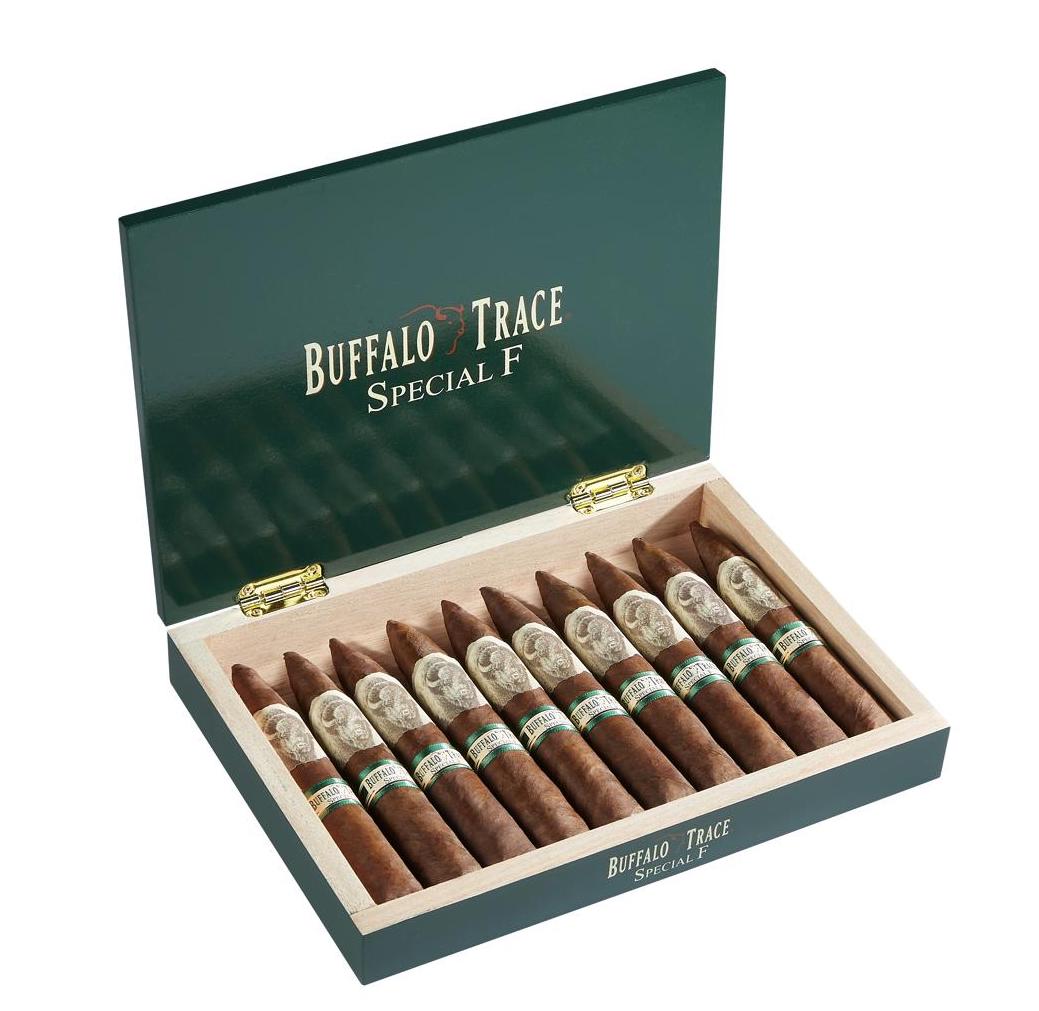 Last week, STG announced the 2022 edition of Weller by Cohiba for General Cigar. Similar to Buffalo Trace Special F, the 2022 Weller project used a similar process where it aged the binder leaf in a Weller bourbon barrel. The previous 2021 Weller by Cohiba did not do that.

In a press release, Kevin Irvine, product coordinator of STG’s Online and Retail division said, “With Buffalo Trace Special F, we set out to explore the effect that extended barrel aging would have on the binder leaf and are extremely pleased with the results. The brown sugar and toffee nuances that have won Buffalo Trace Bourbon critical acclaim are present in the cigar, in the most subtle and intriguing of ways. This is an amazing cigar and we believe it will sell out quickly.”

At a glance, here is a look at the Buffalo Trace Special F: