Southern Draw Cigars has announced its latest releases under its Ignite brand. Ignite is a project where Southern Draw releases cigars in collaboration with selected charities. As a part of its Fall 2022 releases, Southern Draw has three new blends in support of the Warriors on the Fly (WOTF) and United States Border Patrol Fallen Officers Scholarship Fund (USBPFOF).

Being released for Warriors on the Fly is the Hyacinth (v2) and Pennyroyal. Hyacinth is a 6 1/2 x 46 londsale which the company says is an alternate blend variation of the Peccadilloes Hyacinth. It consists of the USA Connecticut wrapper over a Nicaraguan Habano binder and all Nicaraguan fillers. Meanwhile, Pennyroyal 6 1/8 x 52 Piramide features a San Andres Mexican Maduro wrapper over a Habano Hybrid Nicaraguan and fillers from Nicaragua, Honduras, and the USA (Broadleaf). There will be three Hyacinth and two Pennyroyal cigars packaged together in a Southern DRAWpak sampler. There will be 10,000 samplers (50,000 total cigars produced) with a general release of 2,500 samplers per quarter, available to retailers beginning October 1, 2022. 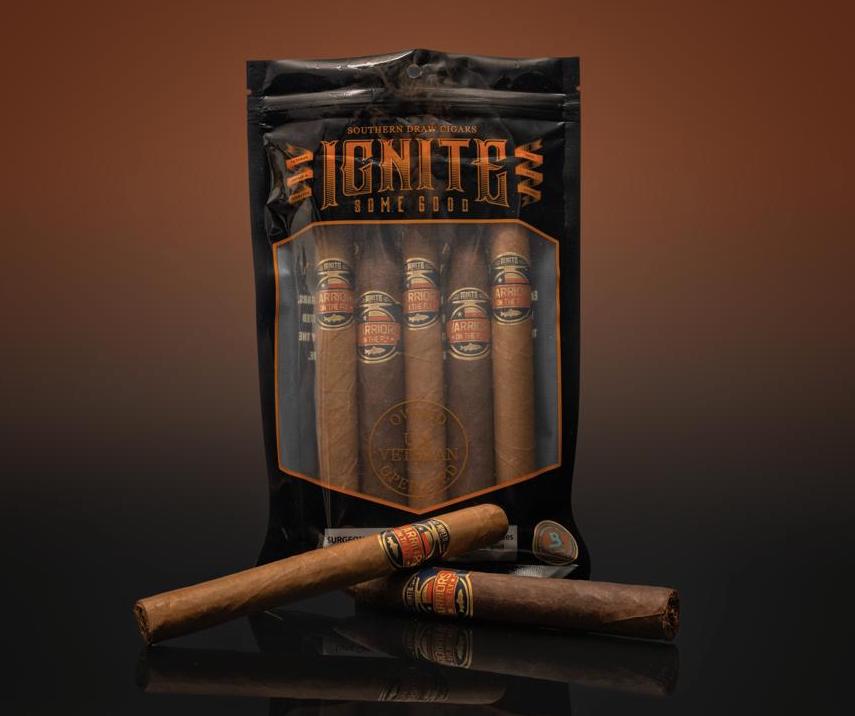 For the United States Border Patrol Fallen Officers Scholarship Fund (USBPFOF), Southern Draw is releasing Crocus (v2). Crocus is based on another Southern Draw small batch release called Ladykiller. It’s a 7 x 50 Churchill featuring a dark Habano Ecuador wrapper over a Hybrid Corojo binder from Nicaragua and Criollo ’98 and Ligero tobaccos from Nicaragua. The Crocus cigars are packaged in five-count DRAWpak samplers. There will be 10,000 samplers (50,000 total cigars produced) with a general release of 2,500 samplers per quarter, available to retailers beginning October 1, 2022. 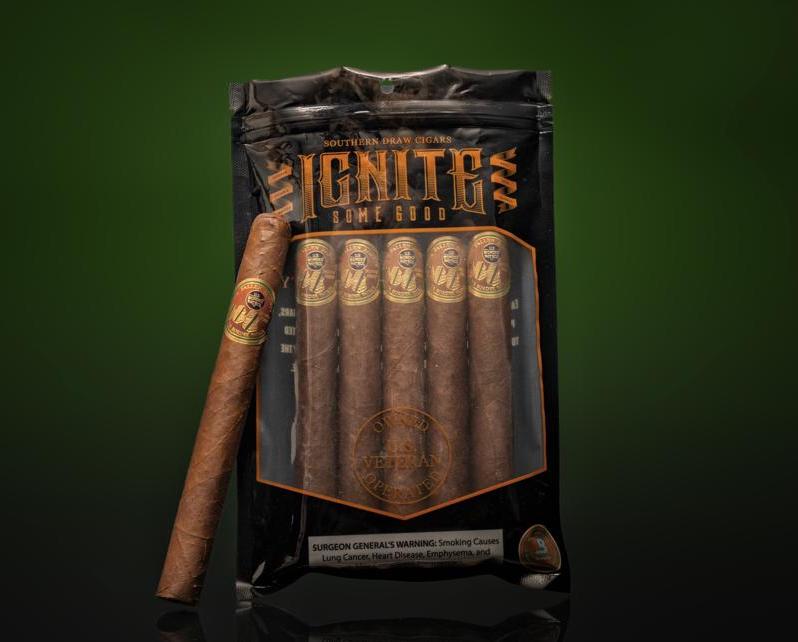 Both the Warriors on the Fly and USBPFOF samplers are priced at $39.99 each.

Warriors on the Fly serves combat veterans of the special forces community diagnosed with mental health conditions by allowing them to participate in the sport of fly fishing to complement their journey toward rehabilitation “Our Mission aligns with SDC’s vision of their Ignite program, and that is to give back to our Veteran Community. This will directly impact members of the Special Operations Community by allowing them a chance to heal on the river,” commented Rob Watson on behalf of Warriors on the Fly in a press release.

United States Border Patrol Fallen Officers Scholarship Fund (USBPFOF) is a small scholarship fund whose mission statement is to provide scholarships to the children of Border Patrol Agents who have died in the line of duty. “One of the last things on the families’ minds are the financial needs of the children when they get ready to continue their education after they complete high school. Therefore, we have created the USBPFOF, to provide financial assistance to those children who want to continue their education. Since our inception in 2003 we have provided numerous students with the opportunity to continue to college or vocational training. The proceeds that are received for our scholarship are earmarked for the continued education of those children who have lost a parent or caregiver in the line of duty,” shared Kyle Krall, Supervisory Border Patrol Agent (Retired) and Founder U.S. Border Patrol Fallen Officers Scholarship Fund. Southern Draw also notes that Krall is a part of the Southern Draw Cigars team who manages the company’s swag store.

“Both of these organizations struck a chord within the SDC family, we have witnessed the incredible healing power of fly fishing and the restoring properties of earth’s amazing waters. We also see now, more than ever before, the tireless efforts and daily demands of our U.S. Border Patrol, which unfortunately results in loss of life for some agents, leaving a void in their homes and communities. We wish to bring attention to the respective missions and provide humble financial support by teaming up with our family, retail partners, customers, and media to continue the Ignite charitable campaign,” added Robert Holt, Managing Partner, SDC.

At a glance here is a look at the 2022 Ignite offerings.