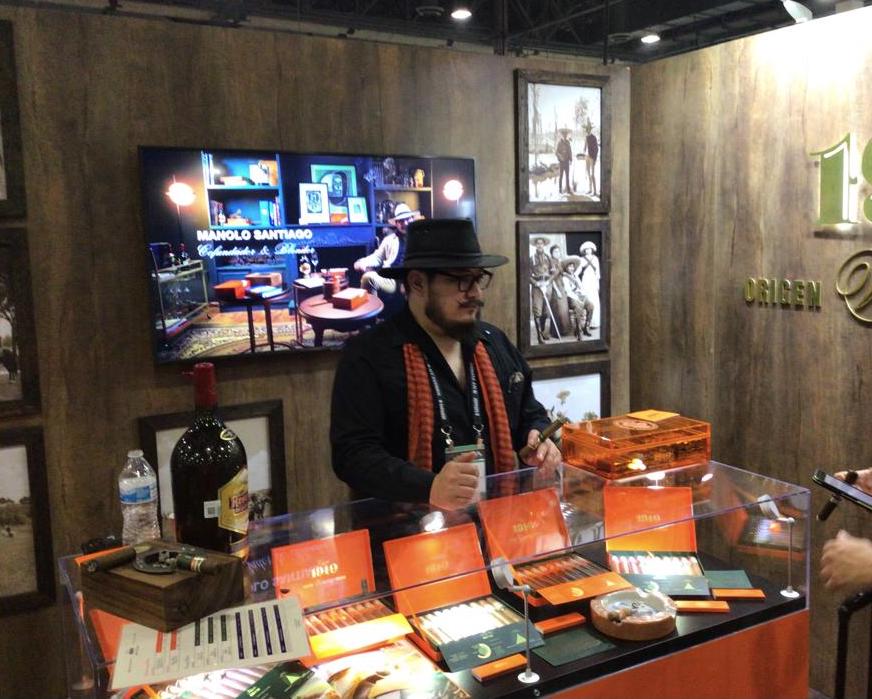 Casa 1910 Cigars is a cigar and lifestyle brand based out of Mexico. The company was founded by Manolo Santiago, Jamie Baer, and Serge Bolling. The brand captures the history and pride surrounding the Mexican Revolution which occurred in 1910. The way that Casa 1910 is integrating the history and culture of Mexico reminds me a lot of how Joya de Nicaragua has done the same thing for its portfolio with the country of Nicaragua. 2022 was the second Premium Cigar Association (PCA) Trade Show for Casa 1910 – and it was a big one. The company expanded its portfolio with four new cigars. We visited the Casa 1910 booth at this year’s trade show and had the honor on September 1st to have the three owners of Casa 1910 on the Prime Time Show – where we got an inside look at the company and the Mexican cigar industry.

Last year, Casa 1910 debuted with a Mexican puro called Cuchillo Parado – which commemorates the first battle of the Mexican revolution. This year, Cuchillo Parado was incorporated into a new line called the Revolutionary Edition. This series pays homage to the early battles of the Mexican Revolution. The cigars in this line are highlighted by all Mexican tobacco and are produced in Mexico. In addiition to Cuchillo Parado, Casa 1910 is adding Tierra Blanca. This commemorates a key battle in the Mexican Revolution waged by Pancho Villa that was a major victory for the revolutionaries. The Revolutionary Edition is highlighted by an orange-colored secondary band. 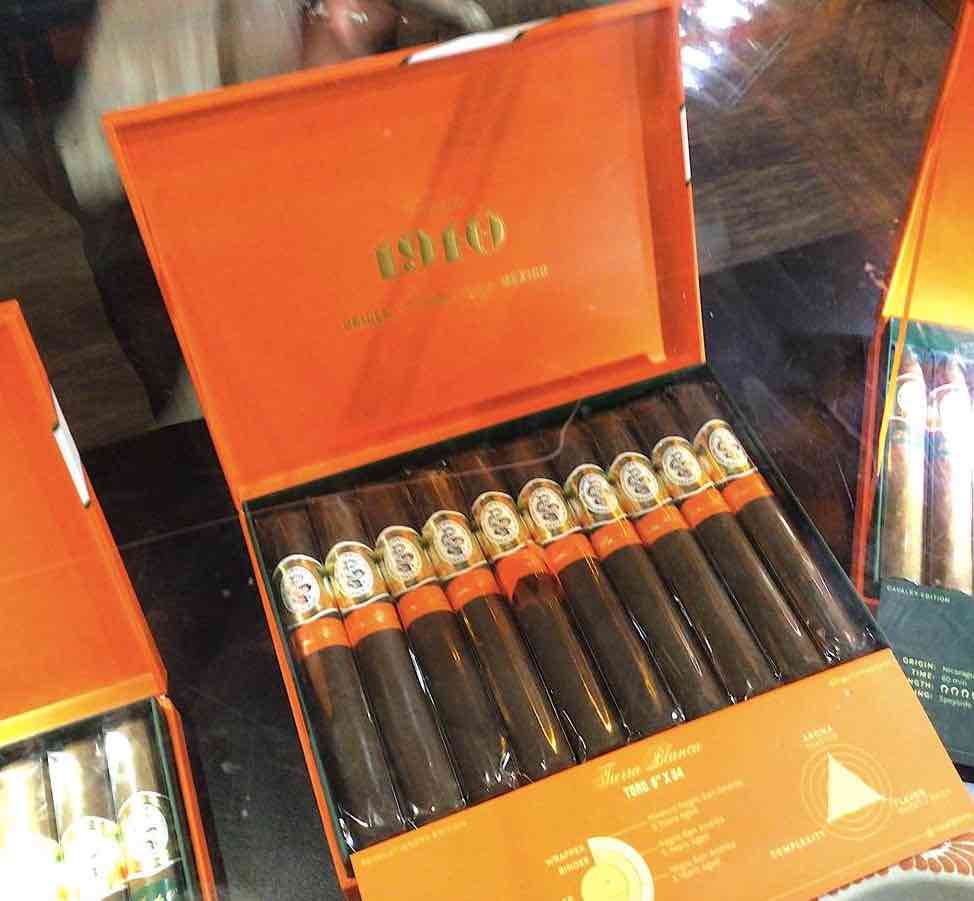 One thing that is of note is that Casa 1910 blends for the size. Cuchillo Parado is a 5 x 50 Robusto that features a three-year-old Mexican Sumatra wrapper highlighted by five-year-old San Andres Negro tobacco. Meanwhile, Tierra Blanca is a 6 x 54 Toro that is a puro of five-year-old San Andres Negro tobaccos. The company is big on pairings and recommends pairing Cuchillo Parado with Tequila Añejo and Tierra Blanco with Tequila Extra Añejo. 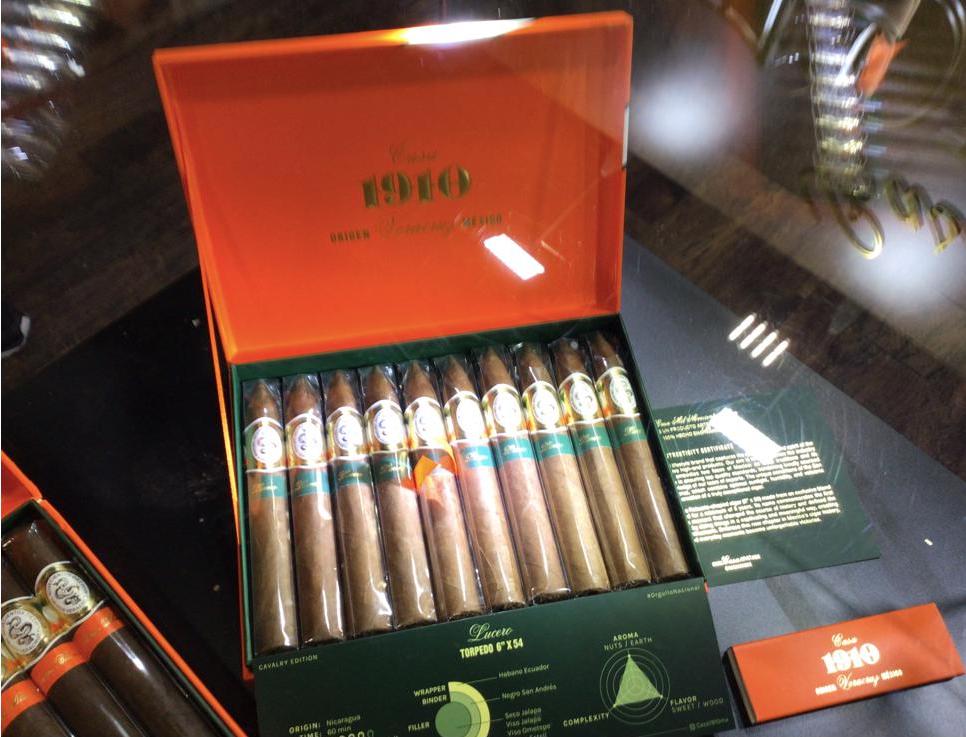 Included in the Cavalry Edition are the As De Oro, Lucero, and Jilguero cigars. As De Oro is 6 x 54 Toro that features a Habano Ecuador wrapper over a Negro San Andres binder and fillers from the Ometepe (Viso), Jalapa (Viso, Seco), and Estelí (Ligero) regions. The name comes from one of Mexican Revolutionary Emiliano Zapata’s strongest horses. Zapata fought one of his last battles on this horse. Lucero uses the same components for the wrapper binder, and filler, but is blended to be a 6 x 54 Torpedo. Lucero was named for Pancho Villa’s horse who stood out because of a white spot between her eyes.

The third cigar is 6 x 60 called Jilguero. This cigar utilizes a Mexican San Andres wrapper over a Nicaraguan binder from Estelí and fillers from Jalapa (Seco, Viso) and Estelí (Ligero). This is named for a dark stallion owned by Pancho Villa called “prieto”, which means “dark.”

And yes, there is a third series planned and this time Casa 1910 will be combining Dominican tobaccos with its Mexican tobaccos.

Note: This interview took place on Episode 239 of the Prime Time Show. Due to age restrictions, you will need to click on Watch on YouTube to watch this interview.