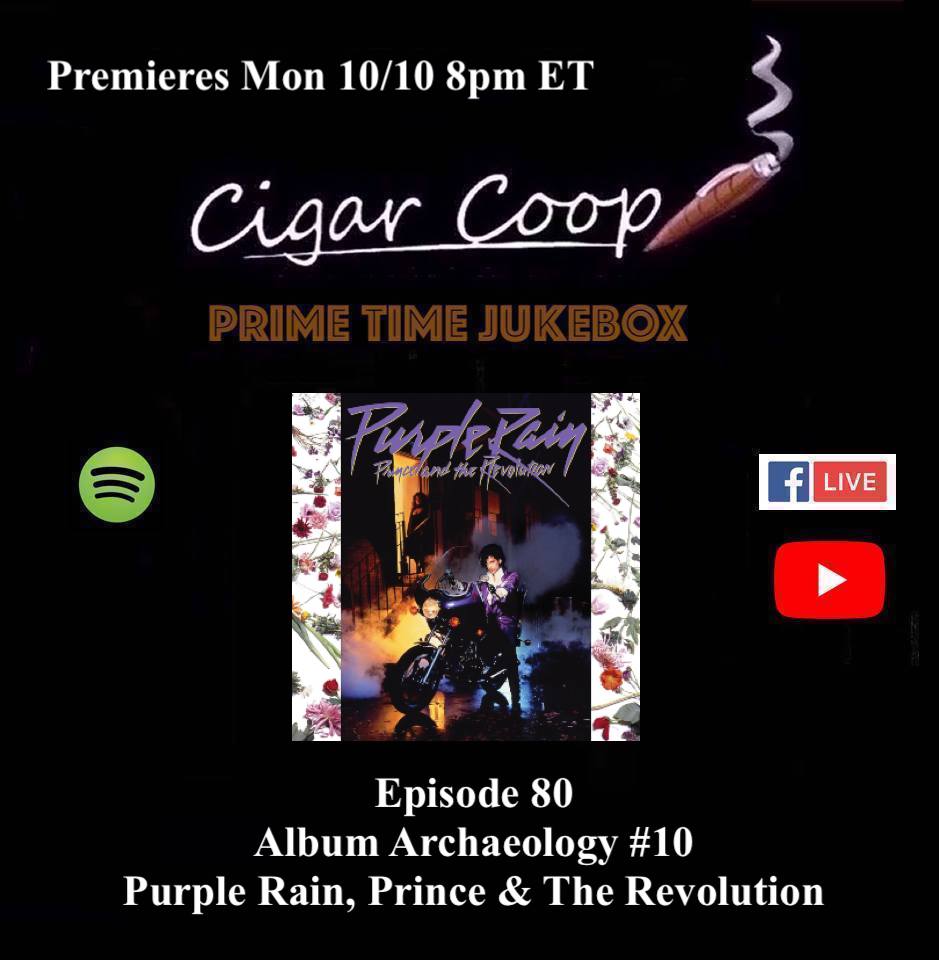 For Prime Time Jukebox Episode 80, we break down Prince and the Revolution’s landmark 1984 album, Purple Rain. To help us do that we are also joined by Minnesota’s own Matt Tye of How Bout That Cigar.

Much like an archaeologist digs and hunts for gems, on Album Archaeology we dig into the Purple Rain album. We go deep into each of the tracks of this album looking at the music, lyrics, and stories behind this album.

Plus we reflect on the life and career of Coolio and Loretta Lynn.

Tune in to the premiere on YouTube on Monday 10/10 at 8pm ET. The show will also be posted on the Cigar Coop Facebook Live page, but due to changes in Facebook, it will no longer be a show premiere.

Prime Time Jukebox – the podcast where the cigar industry talks music. You can catch us on Google Play Music, iTunes, Podbean, YouTube, Odysee, and Rumble.