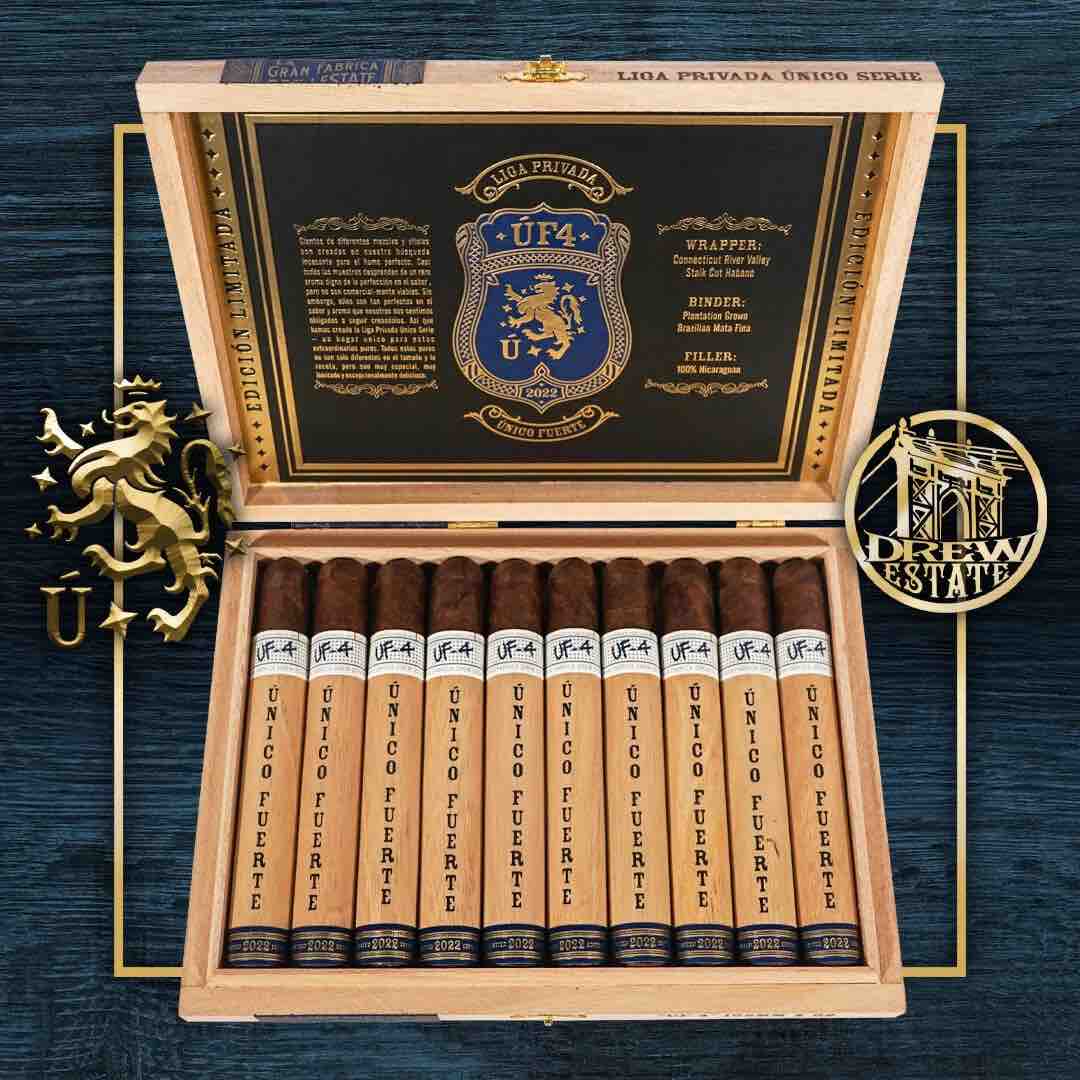 The Liga Privada Unico Serie UF-4, one of the most limited Liga Privada cigars by Drew Estate, is returning in its annual release. As in previous years, the UF-4 will be released to coincide with Countryside, Illinois-based retailer Casa de Montecristo’s annual Halloween party on October 27, 2022. La Gran Fabrica Drew Estate’s Factory Spokesman, Pedro Gomez will be in attendance.

Since its inception in 2010, the Liga Privada Unico Serie UF-4 has been an exclusive offering to the Illinois-based Casa de Montecristo store. The blend consists of a Connecticut Stalk Cut Wrapper, Brazilian binder, and fillers from Honduras and Nicaragua. The cigar started out as an original test blend of the Liga Privada T52, but was not chosen for production. However, it was Drew Estate co-founder Jonathan Drew‘s favorite version of the blend.

The Liga Privada Unico Series UF-4 is packaged in ten-count wooden boxes, with every UF-4 individually wrapped in cedar and featuring a ribbon wrapped around the foot.

“UF-4 was concocted to be the ‘Ultra-Fuerte’ expression of Liga Privada that became a house favorite at La Gran Fabrica in Nicaragua,” says Jonathan Drew, Founder and President of Drew Estate in a press release. “During one of my Chicago trips in 2010, Sam and Mike went bananas for the stick and compelled me to make it exclusively for them to be released at Halloween. UF-4 is a high-octane powerhouse that all the ghosts and gangstas haunting Casa de Montecristo Chicago need every Fall. So, dust off your costumes, grab a ticket to the Halloween bash and do ‘ye ole snag-a-box.’ You know the routine.”