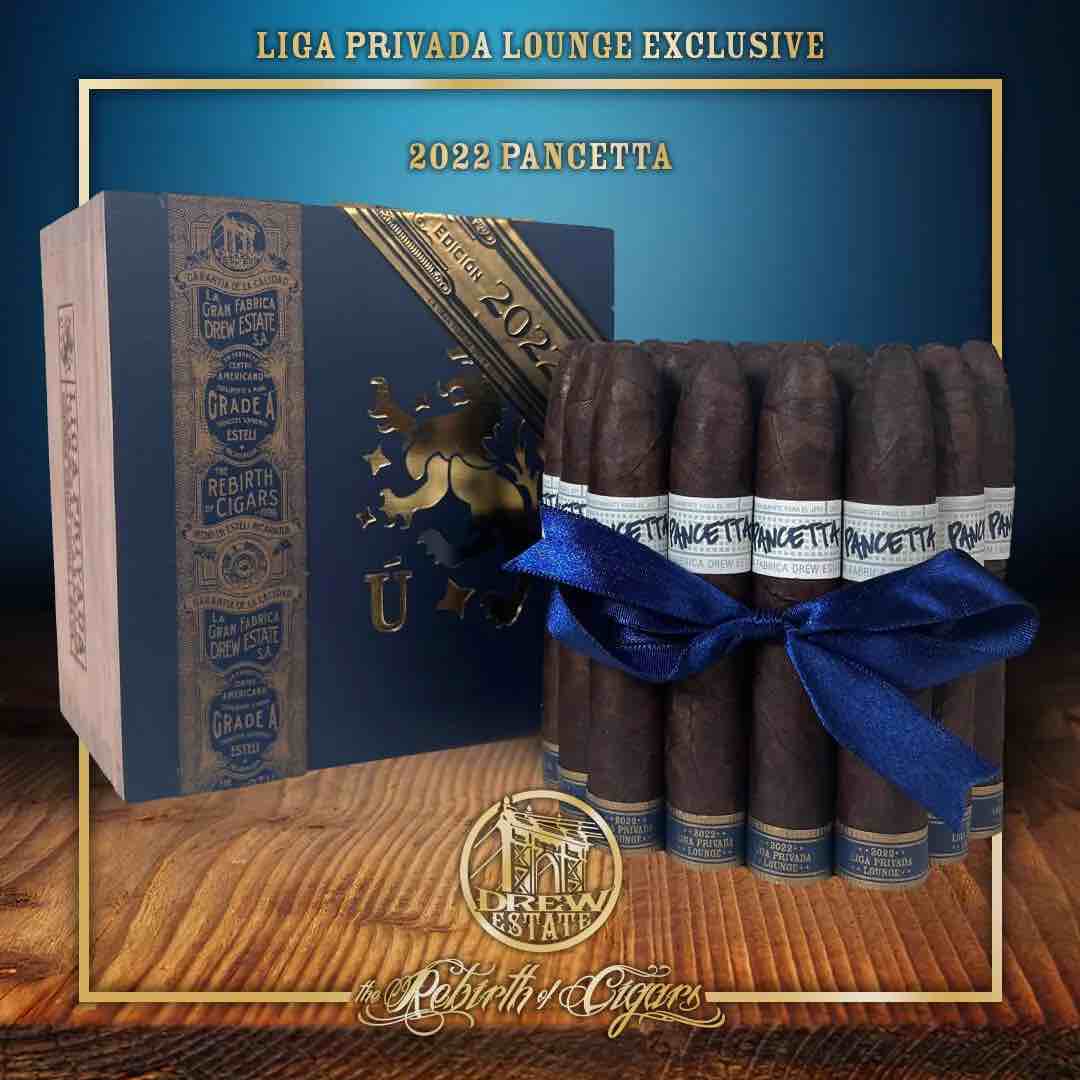 Drew Estate has announced the 2021 edition of the Liga Privada Unico Serie Pancetta will soon be available to Wooden Indian Tobacco Shop in Havertown, Pa., and Barrister Cigars in Union, N.J. on Oct. 28. This annual release has been exclusive to these two retailers since it was introduced in 2019.

“Since we launched the first Liga Privadas so many years ago, both Barrister Cigars and Wooden Indian Tobacco Shop have passionately and faithfully shared our love for Connecticut River Valley Stalk-Cut and Stalk-Cured tobaccos,” says Jonathan Drew, Founder and President of Drew Estate in a press release. “They continue to be true ambassadors for all-things Liga Privada, and Pancetta is our little token of appreciation for all their support.”

According to David Mayer, Wooden Indian Tobacco Shop’s owner, “This is the fourth year we have offered the rare and exclusive Pancetta in our store. Every year, they seem to sell out faster as more of our customers discover these smoky gems. We are truly grateful for all the support and love we receive from Drew Estate and its cigar smokers.”

Barrister Cigars’ owner David Mallow, adds, “Liga Privada has been among Barristers’ best-selling cigars for more than a decade. Barrister has become renowned by Liga fans for our deep Liga Privada selection and the availability of hard-to-find and limited-edition classics. The annual Pancetta release cements that reputation.”