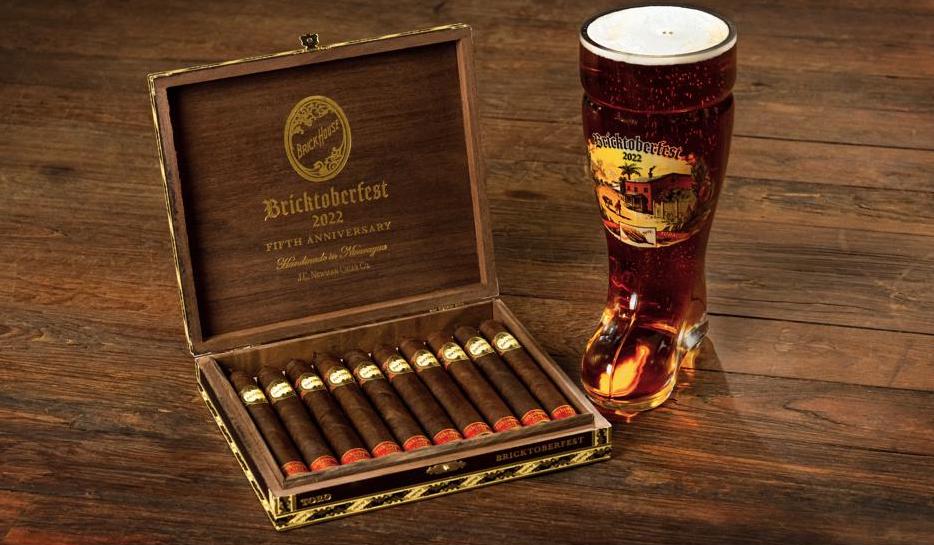 For the past five years, J.C. Newman Cigar company has run a promotional campaign in the month of October called Bricktobefest. Each year during the campaign, J.C. Newman has launched a new Brick House branded beer stein that consumers can get for free with a seven-cigar purchase of Brick House cigars at their local retailer. This year, J.C. Newman is adding something else to the festivities – a limited edition cigar called the Brick House Bricktoberfest 2022.

The cigar is a 6 x 52 Toro that features a pigtail. The blend is different from the other cigars in the Brick House line in that the Bricktoberfest 2022 features 100% Nicaraguan-grown tobaccos.

“The founder of our company, my grandfather J.C. Newman, was born and raised in the only Brick House in his village in Hungary. This was the inspiration behind our Brick House brand and a depiction of that house can be seen on this year’s Bricktoberfest stein. Although Germany is most known for Oktoberfest, its neighboring country Hungary also does it up big in celebration, making Brick House the perfect cigar to smoke when celebrating this Bavarian holiday,” commented Eric Newman, President in a press release.

As a part of the Bricktoberfest 2022 campaign, J.C. Newman is also holding a social media contest. More details can be found here.