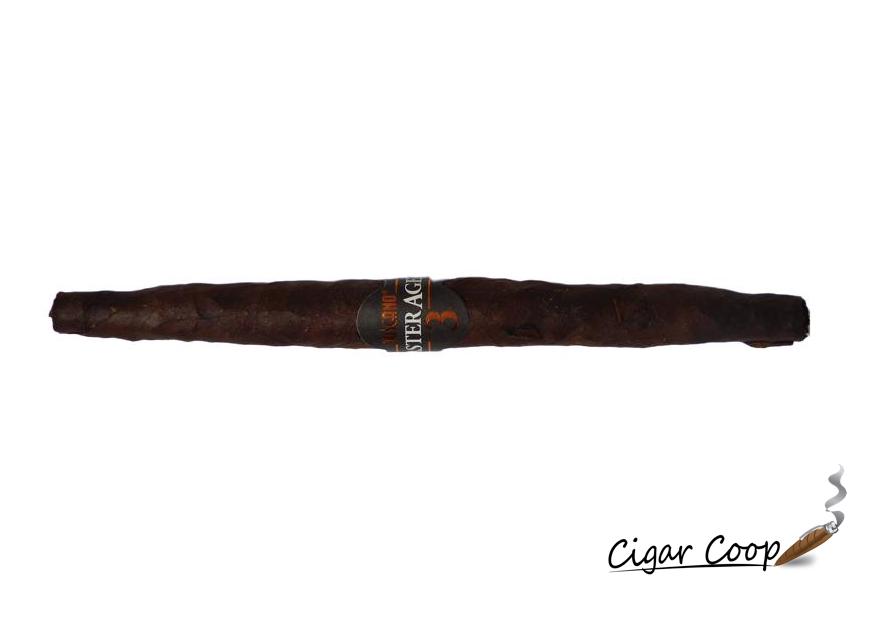 Prior to the 2022 Premium Cigar Association Trade Show, Toscano Cigars introduced a new three-blend line known as the Master Aged Series. The Master Aged Series involves using an extended aging and maturation process for each of the cigars in the series. This process is managed by a specialized master blend known as an “affinatore” (refiner). This involves aging the cigars in a special maturation cell dedicated specifically to the Master Blend Series. Starting with the fifth day of maturation the product is checked daily for specific humidity and temperature standards. This is done for a period of 360 days and the goal is to deliver a better-balanced and tasting cigar. Today we take a look at one of the three blends, the Master Aged 3. This blend involves incorporating only U.S.-grown Kentucky Fire Cured tobacco.

In addition to the extended maturation process, the tobaccos that are used in the Toscano Master Aged series have an elongated drying and fire-cured process compared to the other Toscano cigars. In the case of the Master Aged 3, the extended fire curing process leads to the dark color of the tobacco. One other thing that is unique with the Master Aged Series is while most Toscano Cigars can be stored without humification, it is recommended that humidification be used for the Master Aged blends. This is because the Master Aged process involves maintaining a more consistent temperature and humidity.

Without further ado, let’s break down the Toscano Master Aged 3 and see what this cigar brings to the table.

As mentioned,  Master Aged 3 features only U.S.-grown Kentucky Fire Cured tobacco. The wrapper comes from Tennessee and the fillers come from both Tennessee and Kentucky. The tobacco is harvested by picking the entire tobacco plant. Like most Toscano Cigars, the Master Aged 3 does not incorporate a binder.

The Kentucky Fire Cured wrapper of the Toscano Master Aged 3 had a roasted coffee bean wrapper. There was some oil on the surface of the wrapper. This was a classic Toscano rustic-style look. It was a veiny wrapper that was quite bumpy. At the same time, the wrapper seams were hard to see. There was a slight curvature to the cigar. The cigar was tapered on both ends.

Most Toscano Cigars are designed to either be smoked in half or whole. I typically lean toward keeping the cigar whole and that is how I approached smoking the Master Aged 3. While the cigar is pre-cut, I gave a slight straight cut to it anyway to give the smoking area a little more width. As for the pre-light draw, the Toscano Master Aged 3 delivered some wood and campfire notes. This wasn’t the most exciting of pre-light draws, but given the pre-light draw is not scored, there was no loss of points here. At this point, it was time to light up the Master Aged 3 and see what the smoking phase would have in store.

Out of the gate and no surprise, the Toscano Master Aged 3 delivered a mix of sweet barbecue sauce and small amounts of dark chocolate and black pepper. Early on the barbecue sauce and wood notes moved into the forefront. The dark chocolate and black pepper settled in the background. Early on there was an additional layer of wood on the retro-hale, but later in the first third, there also was some black pepper on the retro-hale.

The second third of the Toscano Master Aged 3 saw the wood notes remain grounded in the forefront. The barbecue notes diminished in intensity. During this stage of the smoke, there was an underlying smoothness that was present. By the midway point, the wood was the primary note. By now, the barbecue sauce and chocolate notes were secondary. Meanwhile, the pepper notes were increasing in intensity.

By the last third, the wood notes were still primary. In the background, the pepper notes were still present. The dark chocolate notes had been replaced by some earth notes. Meanwhile, there still was a slight amount of sweet barbecue notes present. The smoothness that emerged during the second third diminished. As the Toscano Master Aged came to a close, the cigar finished with a soft, cool nub.

The Toscano Master Aged 3 did require some touch-ups to maintain a straight burn path and straight burn line. While the touch-ups did the trick, more touch-ups were needed than I prefer. The resulting ash wasn’t overly firm and had a salt-and-pepper color to it. The burn temperature was ideal. As for the burn rate, this was quite a slow burner. This resulted in the smoking experience of the Toscano Master Aged 3 coming in around the 1 hour, 40 to 45-minute mark. 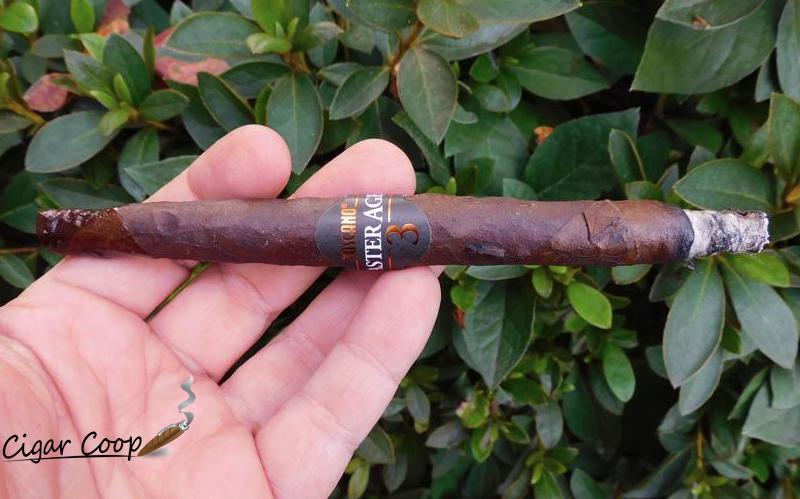 Burn of the Toscano Master Aged 3

The draw of the Toscano Master Aged 3 had some resistance to it. While normally I like some resistance, there seemed to be a point or two in each sample where the resistance was more than I prefer. In those cases, I was able to get past that. In the end, this didn’t happen enough to say this was a major problem, but it became a nuisance.

Throughout the smoking experience, the strength maintained a slight edge over the body.

I found the Toscano Master Aged 3 to be in the wheelhouse of many fire-cured Toscano Cigars – delivering notes of barbecue sauce, wood, and pepper. I didn’t find the Master Aged 3 as complex as the Toscano Duecento, but what I did find was this was a smoother cigar, and the flavors were indeed more balanced. I’ll infer this “softening” was due to the aging and maturation process. Except for those moments where the draw got a little tight, the Toscano Master Aged 3 was an enjoyable cigar. It’s definitely “fire-cured done right.” I’d recommend this to an experienced cigar enthusiast, but would not discourage a novice from trying. As for myself, this is a cigar I would recommend, and at $8.00 it is worth buying multiples of.