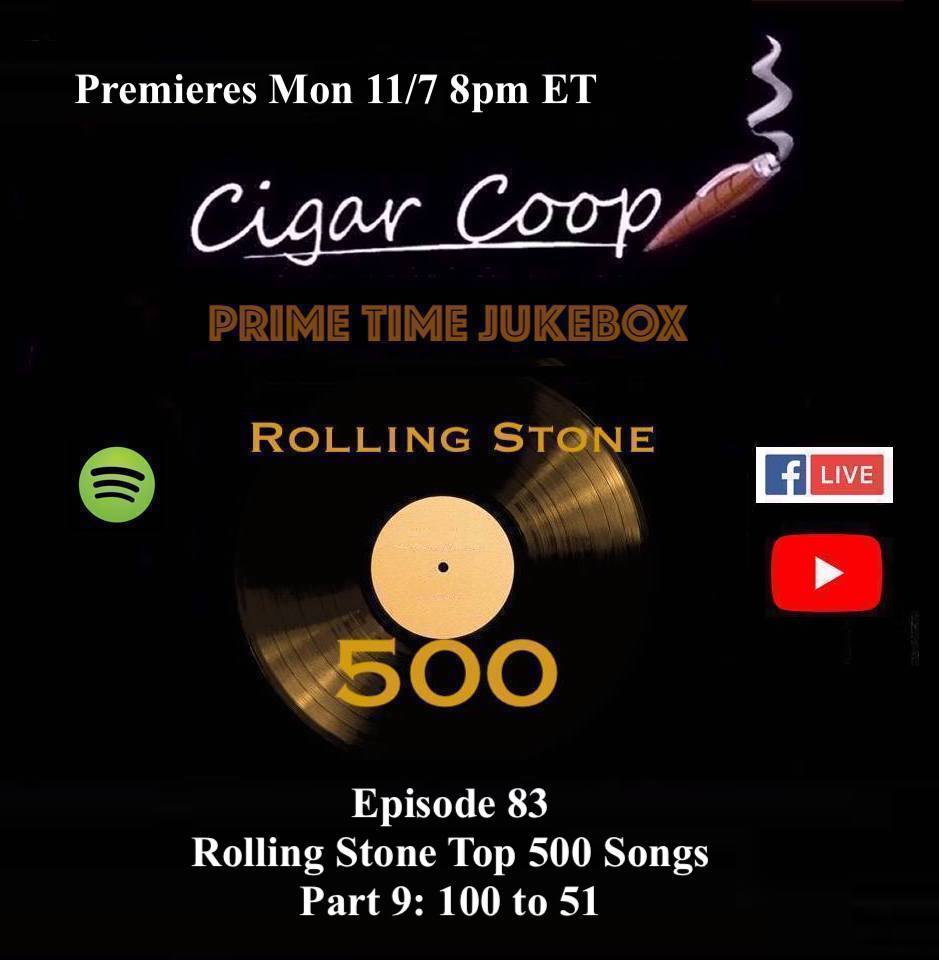 On Episode 83 of Prime Time Jukebox, we continue our recap of the Rolling Stone’s recent refresh of their Top 500 songs of all time. This segment will cover songs 100 to 51 and Dave and Coop will go through some of their favorites that made the list, and assess how fairly these favorites were ranked.

Plus we cover a wide array of both music and cigar news, including the passing of Aaron Carter, Takeoff, and Jerry Lee Lewis. We’ll also touch on some sports. This show was being recorded during the MLS Cup Final between LAFC and the Philadelphia Union. Of course, there is the Developing Palates Review of the Week too.

For this show, Dave smokes the Asylum 13 Candela and Coop smokes the The Angel’s Anvil 2019 edition

Tune in to the premiere on YouTube on Monday 11/7 at 8pm ET. The show will also be posted on the Cigar Coop Facebook Live page, but due to changes in Facebook it will no longer be a show premiere.

Prime Time Jukebox – the podcast where the cigar industry talks music. You can catch us on Google Play Music, iTunes, Podbean, YouTube, and Odysee, and Rumble.