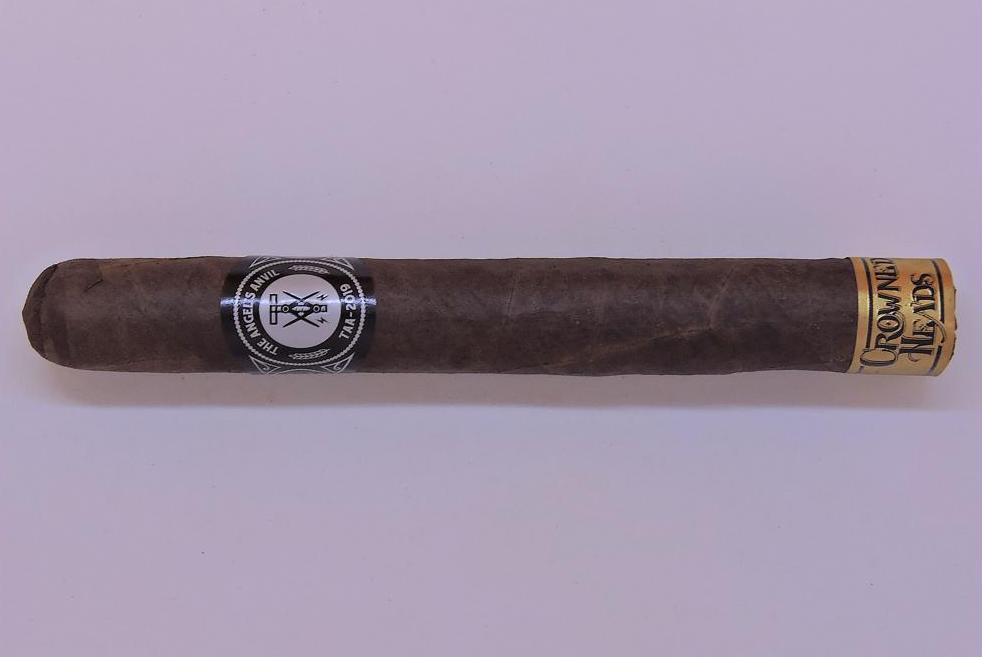 Since 2014, Crowned Heads has been a part of the exclusive series of cigars made for Tobacconist Association of America (TAA) retailers with its “The Angel’s Anvil” series. Each year the company has released a different blend with different packaging. 2019 was no exception as the company released “The Angel’s Anvil 2019.” Crowned Heads has had a track record of producing some of the most consistent and popular TAA releases and as a result, by the time TAA cigar are announced, it is one of the more sought after releases. Today we take a closer look at this 2019 installment

There are six installments to The Angel’s Anvil Series:

Without further ado, let’s break down the Crowned Heads The Angel’s Anvil 2018 and see what this cigar brings to the table.

As they have done with each release of The Angel’s Anvil, Crowned Heads teams up with long-time partner Ernesto Perez-Carrillo Jr. at Tabacalera La Alianza to produce the 2019 edition. While it’s a familiar factory, it’s a cigar with a wrapper that has not been used in a Crowned Heads release at all – Brazilian Arapiraca. The remainder of the blend uses an Ecuadorian Sumatra binder and Nicaraguan fillers.

The Brazilian Arapiraca wrapper of The Angel’s Anvil 2019 had a dark roasted espresso bean color. There was not much in the way of oil on the wrapper. The wrapper itself was slightly bumpy. There were some visible veins. As for any significant visible wrapper seams, the dark color of the wrapper did a decent job at hiding them.

There are two bands on The Angel’s Anvil 2019. The primary band to the Crowned Heads Angel’s Anvil 2019 is similar to previous editions, but with a different color scheme. The band itself has a black and silver color scheme. At the center of the band is the black Angel’s Anvil logo consisting of a “T” along with two interlocking letter A’s sitting on a silver background. There is a black colored outer ring surrounding that circle. On the upper part of the ring it says “THE ANGEL’S ANVIL” in silver font – arranged in a curved fashion. Going clockwise is a silver adornment; toward the bottom is the text “TAA-2019” arranged in a curved fashion, and finally, there is another silver adornment. To the left and right of the circular pattern are black medallions and silver adornments on a silver background.

For the first time, The Angel’s Anvil features a secondary band. This is the same secondary band now appearing on many Crowned Heads releases. The band is gold with black font. On the band is the “CROWNED HEADS” name featuring the company’s logo font. Black trim surrounds the text on the upper and lower portion.

A straight cut was used to remove the cap of The Angel’s Anvil 2019. From that point, it was on to the pre-light draw ritual. The cold draw delivered a mix of chocolate, earth, cedar, and maduro sweetness (a cross of dried fruit and natural tobacco). This was a satisfactory pre-light draw. At this point, it was time to remove the footer band, light up the Crowned Heads Angel’s Anvil 2019 and see what the smoking experience would deliver.

The Angel’s Anvil 2019 started out with notes of chocolate, coffee, black pepper, wood, and more maduro sweetness. Early on the chocolate and coffee notes moved to the forefront. Sometimes on cigars with these flavors, I get what I term “mocha fusion”, but in this case, the notes remained separate and distinct The pepper, wood, and maduro sweetness settled in the background. On the retro-hale was an additional layer of mixed pepper.

The coffee and chocolate notes remained in the forefront during the first third of The Angel’s Anvil 2019. As the cigar moved into the second third, there was more of a variation in the intensity levels between both flavor notes. The white pepper was the most prominent of the secondary notes. The wood notes had morphed to a cedar note and it remained more distant in the background with the maduro sweetness.

By the last third, the coffee notes took control as the primary note. The pepper remained the most prominent of the secondary notes with the chocolate, cedar, and maduro sweetness. This is the way the cigar experience of The Angel’s Anvil came to a close. The resulting nub was soft to the touch and cool in temperature.

The burn of The Angel’s Anvil 2019 performed very well. This cigar, for the most part, maintained a straight burn line and straight burn path from start to finish. The resulting ash was light gray skewed to the firmer side. The burn rate and burn temperature were both ideal. 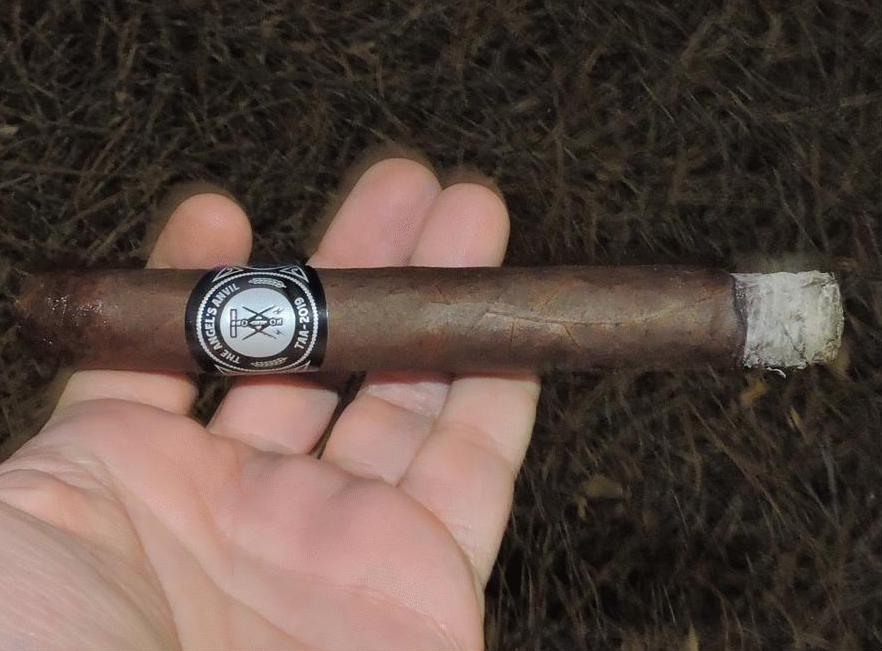 In terms of draw, The Angel’s Anvil 2018 also performed well. This is a cigar that had a touch of resistance making for a very nice draw. This cigar also produced ample amounts of smoke.

Looking at the six releases of The Angel’s Anvil since 2014, the 2019 edition ranks as the boldest one to date. This is a cigar that is medium to full in strength. The flavors start out medium to full-bodied and by the second half are well entrenched in full territory. In terms of strength versus body, the body maintained the edge throughout the smoking experience.

A lot of times I find Brazilian Arapiraca wrapper blends to be too pungent for my liking. While there definitely still is some sharp spice, it’s not at the expense of the other flavors. In the end, I found this cigar hit the marks in terms of excellent flavor.

On Cigar Coop our scoring has now been calibrated for a 90 to be the standard of excellence. The Crowned Heads Angel’s Anvil 2019 edition certainly qualifies as such a cigar.  Crowned Heads is a company that has taken their TAA Exclusive releases very seriously – and this an excellent addition to the collection. Given its a bolder cigar, I’d recommend it to a more seasoned cigar enthusiast. As for myself, it’s a cigar I’d smoke again – and it’s one worthy of picking up and smoking again.