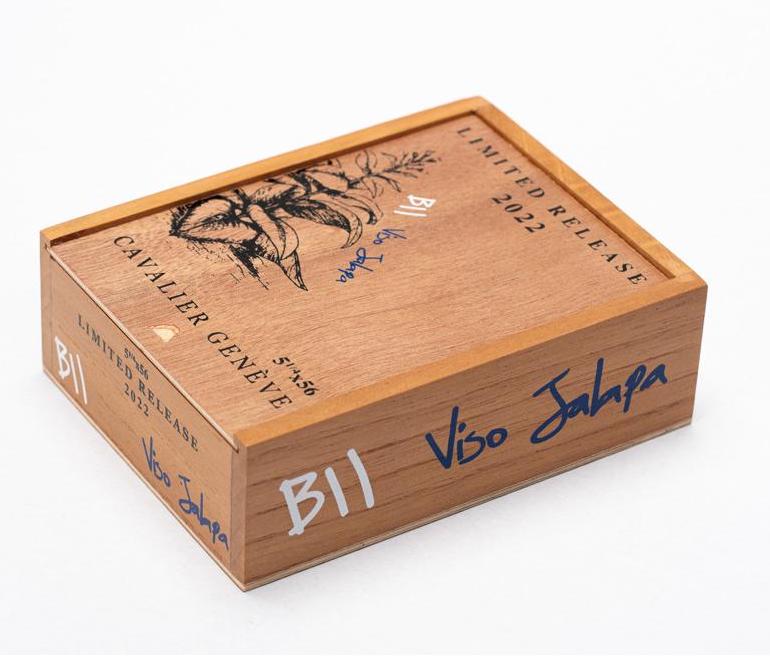 The Viso Jalapa Limited Release is a 5 1/4 x 56 vitola that is offered in a parejo format. The core Viso Jalapa line is a soft box-pressed. The cigars feature the brand’s 24k carat diamond on the wrapper. 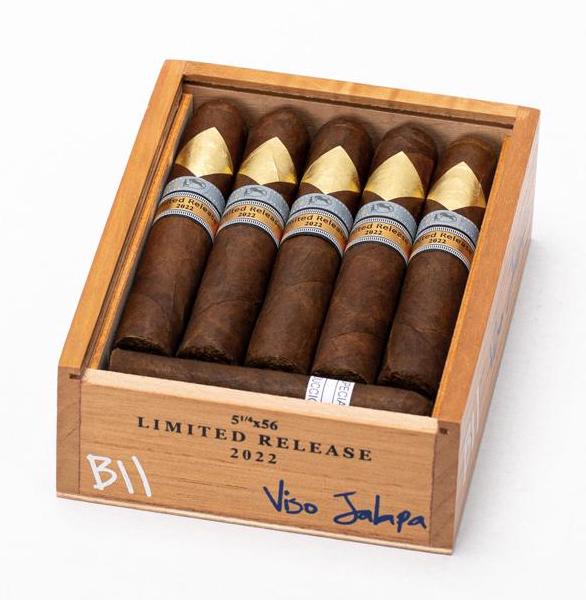 A total of 1,948 boxes have been produced for the Viso Jalapa Limited Release. Each box contains 10 of the Viso Jalapa Limited Release plus a bonus “Muestra Especial” cigar (details not disclosed). Each box is numbered by hand. The 1,948 represents the temperature that is the melting point of gold (1,948°F). Pricing is set at $12.50 SRP per cigar.