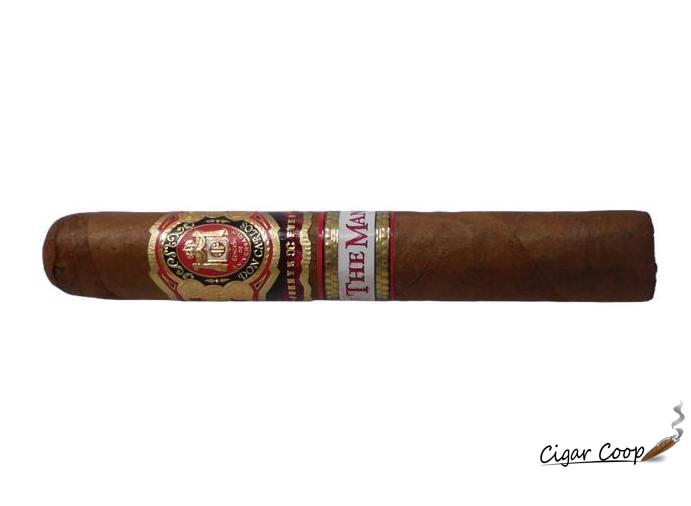 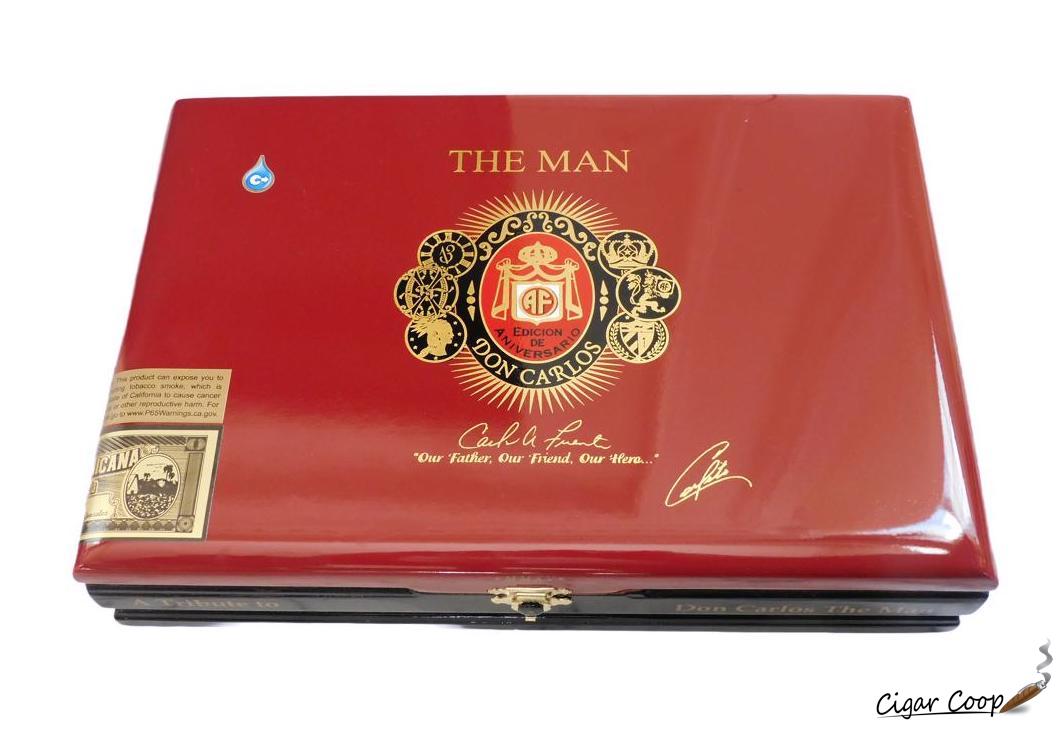 Closed box of Don Carlos The Man by Arturo Fuente

Without further ado, let’s break down Don Carlos The Man and see what this cigar brings to the table.

Details surrounding the blend of Don Carlos The Man have not been disclosed.  The cigar is produced at Fuente’s A. Fuente y Cia factory located in the Dominican Republic. 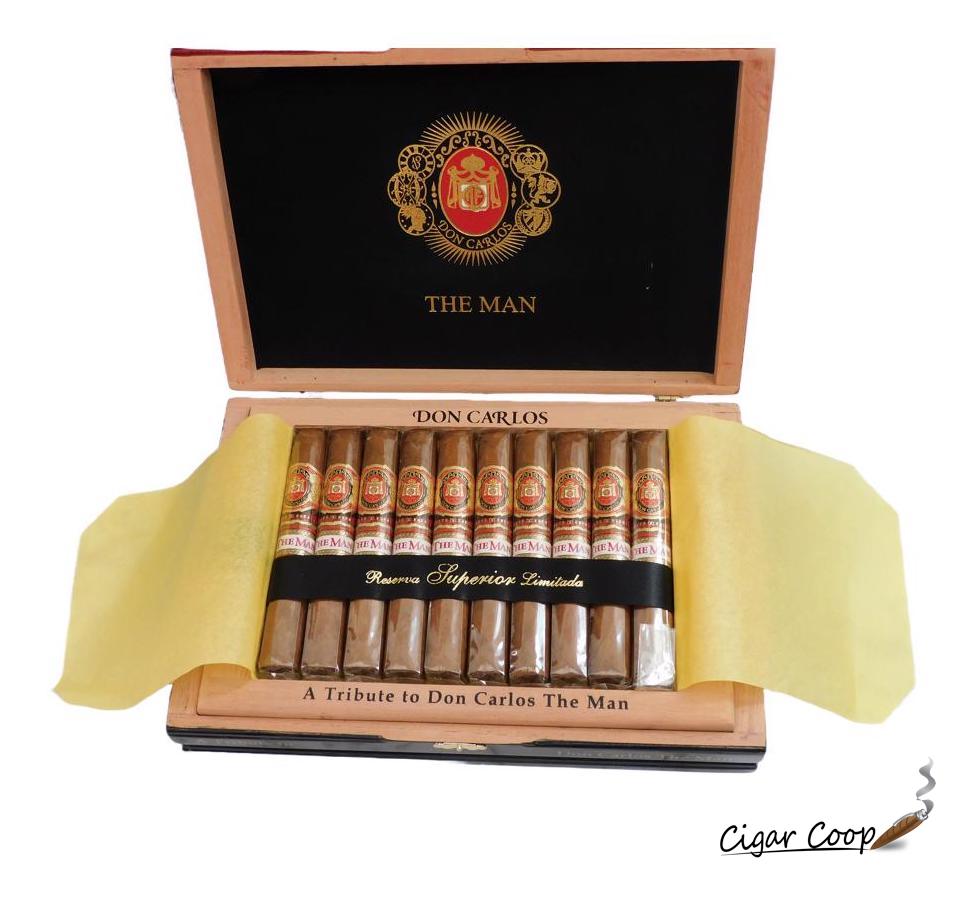 Open box of Don Carlos The Man by Arturo Fuente

While the wrapper of Don Carlos The Man has not been disclosed, it is quite an aesthetically pleasing one. The wrapper has a light to medium brown color to it. There wasn’t much in the way of oils on the surface of the wrapper. There were some thin visible veins as well as some visible wrapper seams. Overall the wrapper was on the smoother side. 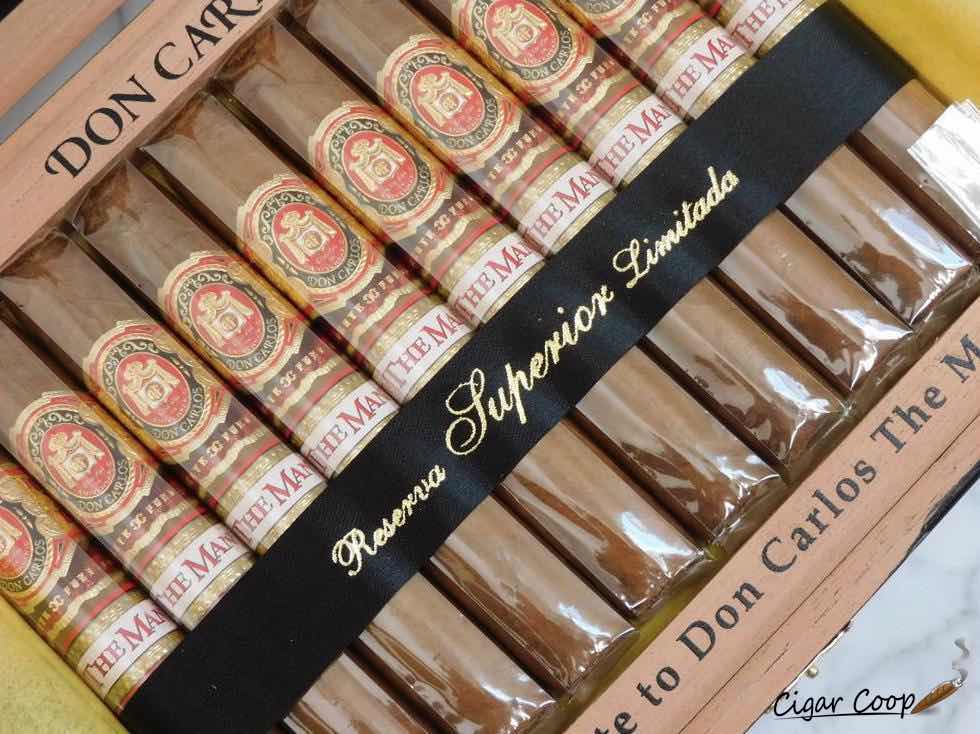 Close up of Don Carlos The Man

Prior to lighting up the Don Carlos The Man, a straight cut was used to remove the cap of the cigar. Once the cap was removed, it was on to the pre-light draw ritual. The cold draw delivered a mix of natural tobacco and baker’s spice. It was a simple and straightforward pre-light draw, but it also was a satisfying one. At this point, it was time to toast up the foot of Don Carlos The Man and see what the smoking phase would have in store.

Don Carlos The Man kicked off with more notes of sweet natural tobacco and baker’s spice. In addition, there were notes of hay and black pepper that entered the equation. The natural tobacco moved into the forefront early on with the hay, baker’s spice, and black pepper settling into the background. As the cigar moved through the first third the sweetness diminished. On the retro-hale, there was an additional layer of black pepper that wasn’t on the sharp side.

During the second third of Don Carlos The Man, some earth notes emerged and joined the natural tobacco in the forefront. The sweetness of the natural tobacco seemed to return during this phase of the smoking experience. The hay, baker’s spice, and black pepper remained in the background. There was an increase in the pepper notes on both the tongue and retro-hale.

There wasn’t much change during the last third. The natural tobacco remained in the forefront with the pepper the most prominent of the secondary notes. There still were hay and baker’s spice notes present. This is the way Don Carlos The Man came to a close. The resulting nub was cool in temperature and soft to the touch.

While Don Carlos The Man maintained a straight burn path and had a straight burn line, it did require touch-ups along the way to do that. While the touch-ups kept the cigar on track, there were more touch-ups needed than preferred. The resulting ash wasn’t overly firm, and at times had a slight flowering on it. This was an ash that was silver-gray in color. Meanwhile the burn rate and temperature were both ideal. 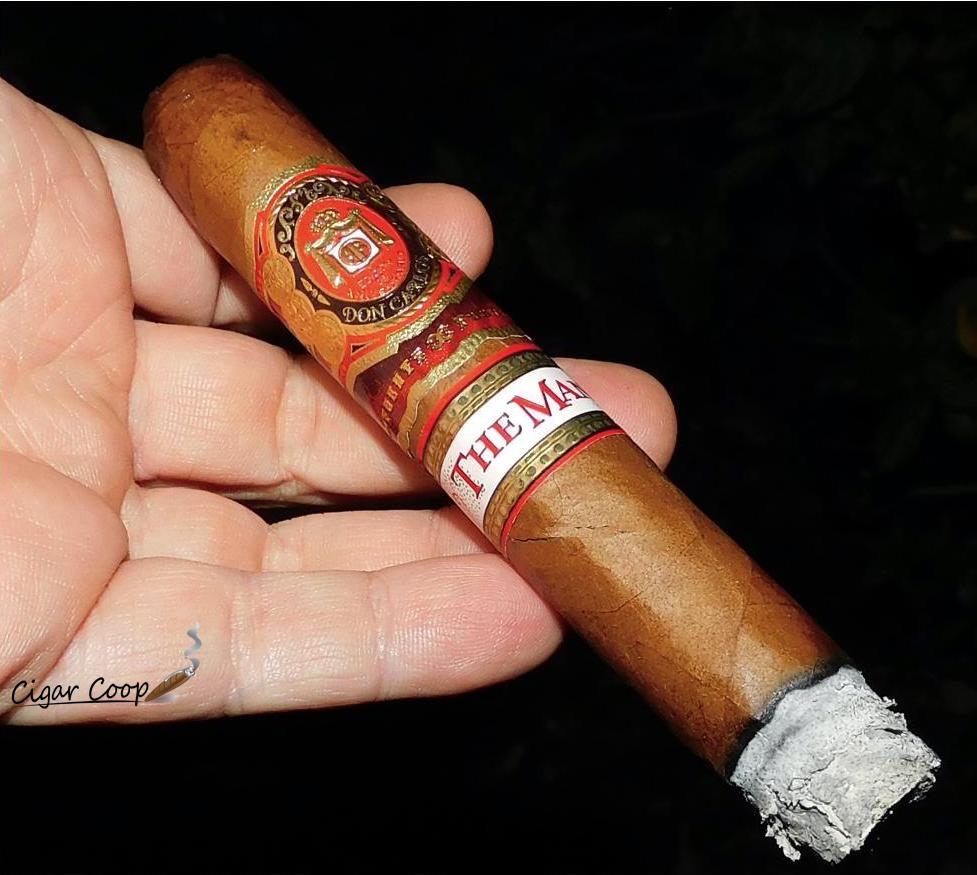 Burn of Don Carlos The Man

The draw of Don Carlos The Man was consistently excellent across each sample I smoked. It had a touch of resistance – which is something that I like. At the same time, this was a low-maintenance cigar to derive flavor from.

I’d say the Don Carlos The Man was as a medium-strength, medium-bodied cigar. Throughout the smoking experience, there wasn’t much variance in the intensity levels. At the same time, both the strength and body balanced each other nicely – with neither attribute overshadowing the other.

Don Carlos The Man uses a primary band that was found on the Don Carlos Edición de Aniversario. It definitely is one of my favorite bands used under Arturo Fuente’s Don Carlos brand. The secondary band gives reference to the name “The Man.”  While normally secondary bands are not the star of the show, in this case, the secondary band does pop and really makes the cigar look nice. 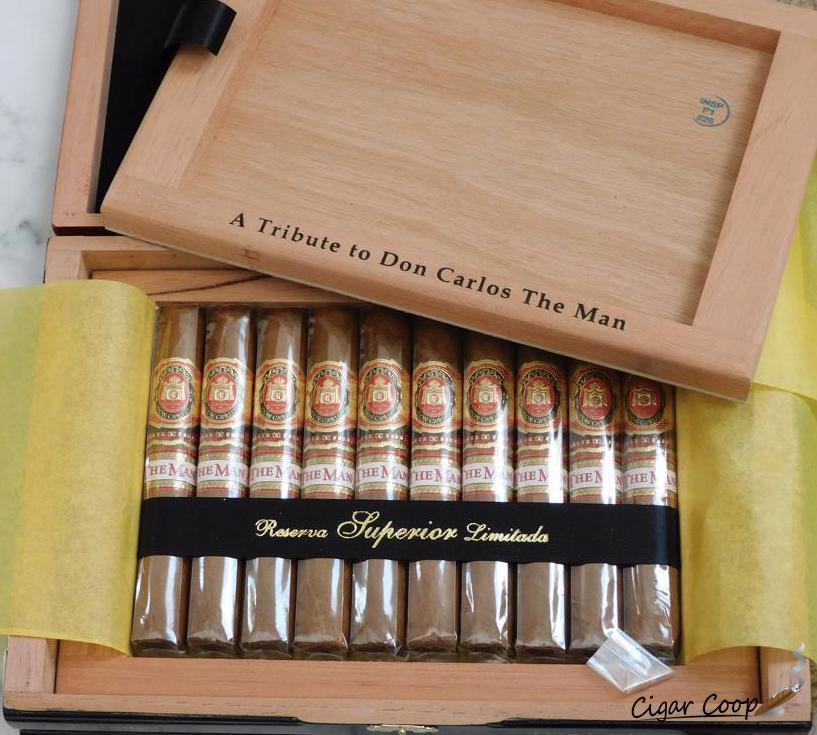 Over the years, we have seen companies like Viaje and Oveja Negra Brands make a name for themselves in the small batch, limited edition space. Both of those companies have released some very good cigars. However, let’s not forget, when it comes to the small batch, limited edition space – Arturo Fuente Cigar remains the undisputed king – and the release of Don Carlos The Man shows this. The cigar performed best in the most important category – flavor.  While not a full-bodied cigar by any means, I found this cigar delivered a very unique robustness. In addition, the flavor notes produced complemented each other rather nicely.

This cigar originally was priced in the $14.00 range. I’ve not seen this cigar priced that low since then. Overall this is a cigar I could recommend to any cigar enthusiast. It’s a cigar that would also satisfy most Fuente collectors and fans. Even though this cigar has gotten more expensive, this is a cigar I would certainly buy and smoke again. At 90 points, it earns the Cigar Coop Standard of Excellence