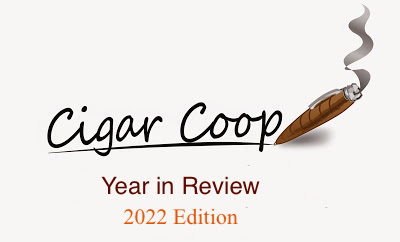 Today we slice this data by vitola – a category introduced for 2015. This is not meant to be an award, but a look at how the scoring went, and what can we learn from it.

We used the following criteria in this exercise:

In the end, this might be the most uninteresting of the Performance Rankings. What this tends to show every year is that Toros and Robustos are the most smoked sizes. Personally, I find the counts of what vitolas were smoked throughout the year more interesting than the average scores. Ideally, I’d like to see a more balanced view of vitolas reviewed, but Robustos and Toros represent what many consumers are reaching for, so the ratios of what is included in the review year reflect this.

The medium and small datasets are included more for completeness and to get a view of what was smoked in 2022. This year, a lot fewer lanceros were smoked, and for no apparent reason, a lot of 7-inch/50+ ring gauge cigars seemed to be smoked.