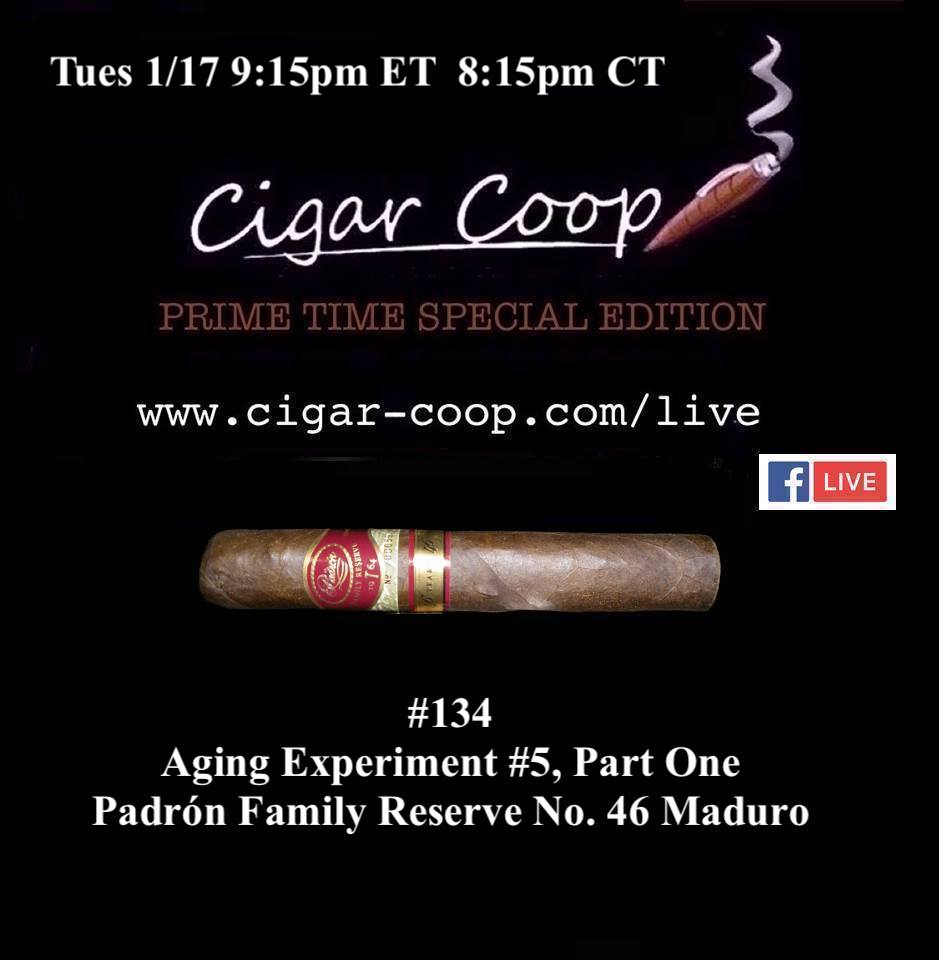 Tonight we begin Aging Experiment #5 as we discuss and smoke the Padrón Family Reserve No 46 Maduro.

With the “Aging Experiment” Series, Bear and Coop smoke a cigar, smoke another cigar six months later, and a third cigar one year later. The idea is to see how the cigar responds to aging over a period of time.

While we are smoking we recap each other’s top ten lists.  Plus we have our United Cigars Presidents segment and Tabacalera USA Great Things are Happening Here segments. Plus our Tabacalera USA giveaway!

All of this on the newsmagazine show for the cigar industry – Prime Time Special Edition. Tune in on Facebook Live for the live stream – 9:15 pm EST, 8:15 pm CST