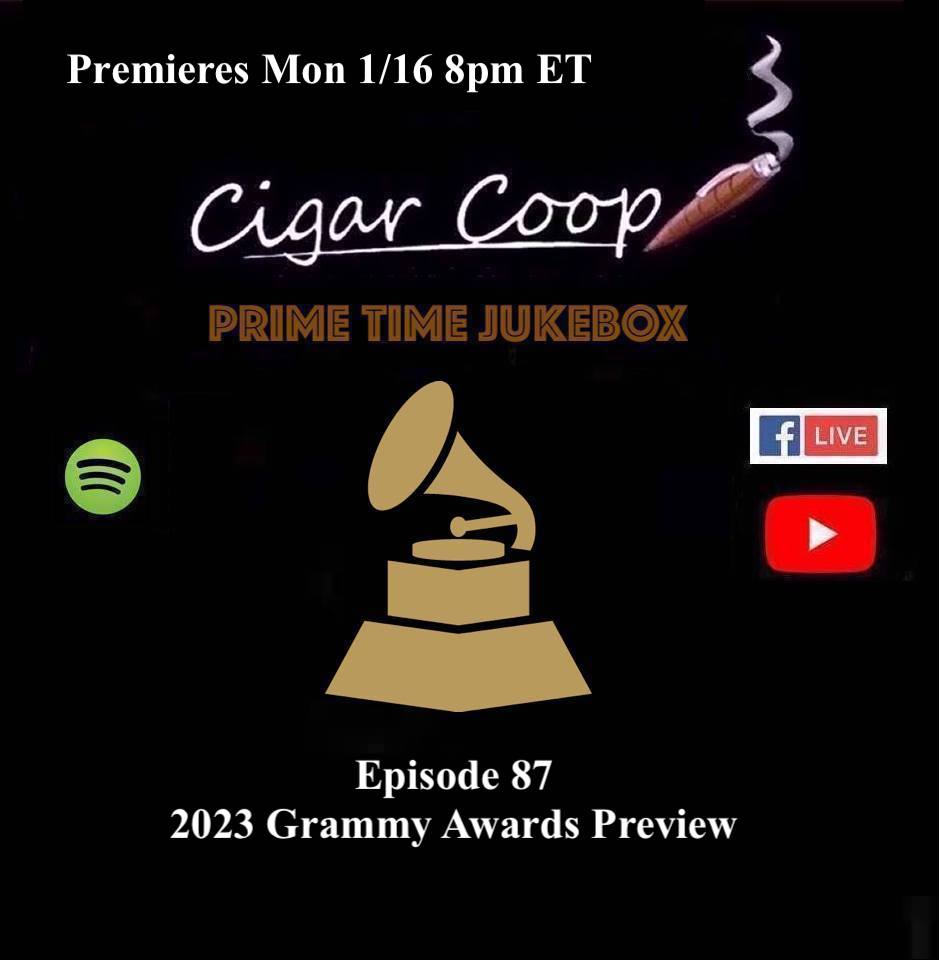 The Grammy Awards are scheduled for Sunday February 5, 2022 and the nominations are out. On Episode 87, we take a look at the key categories and who the nominees are, then decide who we want to win and who we thin think the Grammys will pick.

On this show, Dave smokes an Tatuaje El Triunifador Robusto and Will smokes the Blackbird Raven. We will also recap the Coop and Dojo end of year lists, plus we look at the Developing Palates Cigar Review of the week.

Tune in to the premiere on YouTube on Monday 1/16/23 at 8pm ET. The show will also be posted on the Cigar Coop Facebook Live page, but due to changes in Facebook it will no longer be a show premiere.

Prime Time Jukebox – the podcast that pairs music with cigars. You can catch us on Google Play Music, iTunes, Podbean, YouTube, Odysee, and Rumble.