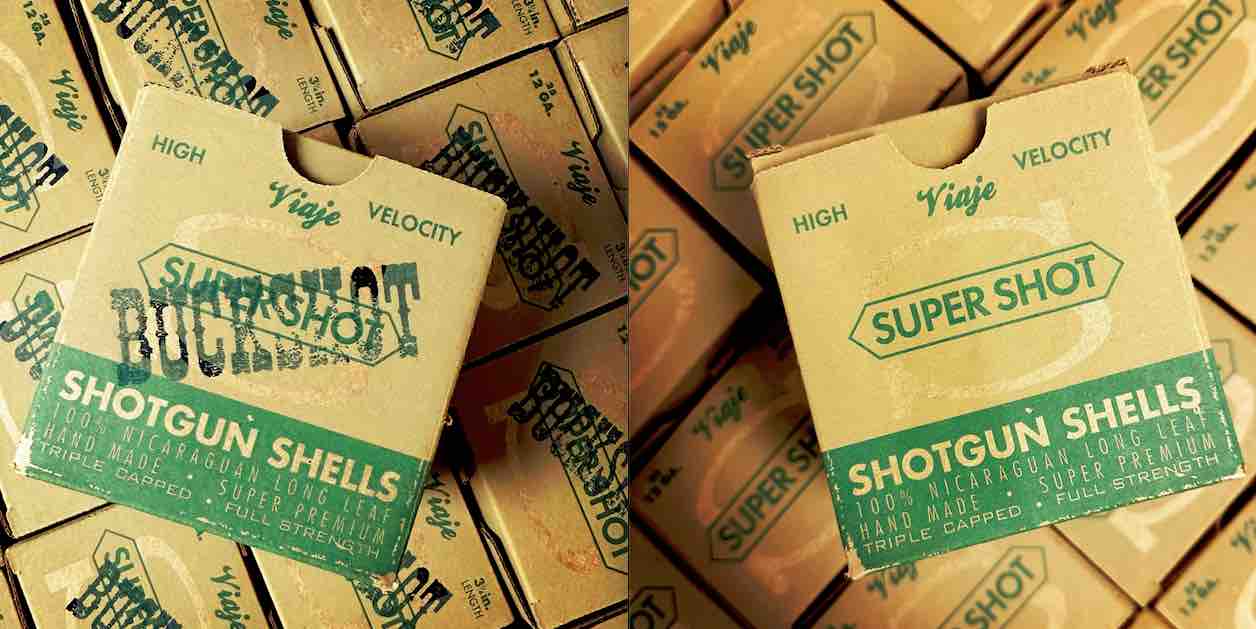 The Viaje Super Shot is a cigar that comes from Viaje founder Andre Farkas’ interest in clay shooting. Farkas was hoping to create a short smoke to have while taking a break in between shooting. The Super Shot is also a good cigar to enjoy outside during the winter months.

The Super Shot was originally introduced in 2012. The Buckshot made its first debut in 2020. In addition, there have been several offshoots of the Super Shot line, most notably the Viaje Zombie Super Shot (multiple releases), the Viaje Super Shot Corojo, and the Viaje White Label Project Super Shot.