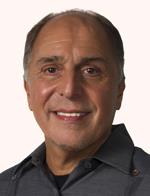 On Wednesday morning (3/28/12)  the cigar world was shocked to learn of the unexpected passing of Ashton Distributors’ Senior Vice President Manny Ferrero.  Ferrero was 63 years old.

Ferrero was in Cabo San Lucas, Mexico attending the annual Tobacconist Association of America (TAA) conference.   He collapsed Tuesday night while on the dance floor at a reception, and could not be resuscitated.

While at Ashton, Ferrero garnered a reputation for his fiery personality, as well as hosting wine and cigar pairing events.

“It is difficult to loose someone close to us, Manny was not only a partner in this industry, but my best friend. I am deeply saddened by the death of Manny. He will be greatly missed by all who knew him. He is now in a better place. Manny rest in peace. My condolences for Ashton and his family.”

I happened to be in Esteli, Nicaragua this week and when Wednesday rolled around, shock waves hit the city dominated by the tobacco industry.  I was scheduled to tour the Garcia’s My Father Cigar factory that day.   When our group was greeted by Don Pepin Garcia and his wife Maria (who were not at the TAA conference), they were clearly shaken up.    They commented how they lost someone they considered a member of the family.   Our group, offered to cancel the tour of My Father, but the Garcia’s were insistent the show still go on.  We thanked them for that.

Later that Wednesday,  the TAA had a memorial service to honor Ferrero.

Our condolences go out to the Ferrero family as well as those who knew Ferrero.