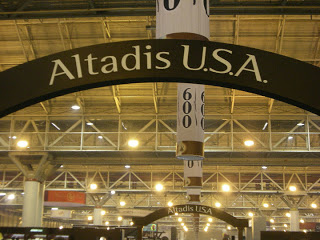 Romeo y Julieta is one of Altadis’ best selling lines.   For the Romeo, Altadis makes a move similar to what they did with the VegaFina line earlier this year with the VegaFina Sumum 2010 and the VegaFina Jose Seijas 2011 – namely add a blend that moves away from a line that has a reputation for milder smokes.  The Romeo attempts to move to a more fuller-bodied smoke.

Here is the information that has been made available:

The Romeo will feature a dark Ecuadorian Habano-seed wrapper.   The binder and filler is Dominican

The initial release will feature four sizes.  There seems to be a pattern of larger ring gauges for this blend.

On the 4/14/12 Cigar Dave Show, Cigar Dave mentioned this would be the featured cigar for his annual broadcast on 6/23 in Charlotte, North Carolina.  However, while the previous three years featured world premieres by Altadis at that broadcast, the plans are for Romeo to hit the stores by the May time-frame.