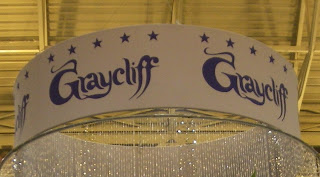 The information was posted by Graycliff Cigars on their twitter account and posted to the company home page.

The two new blends will be the Graycliff Silver and the B-Cuz.   Here are the details of the blends.

The Graycliff Silver is described as a limited edition cigar.   It is packaged in a silver buillon vault consisting of 24 cigars.  There also is a certificate of authenticity.  The cigars are scheduled to ship in September 2012

The interesting factor is the use of tobacco in the filler from the Philippines.

No pricing has been provided at this time.

This is intended as a value priced cigar.   It will be packaged in a bright neon box consisting of 21 cigars.  The cigars are scheduled to ship August 15th.