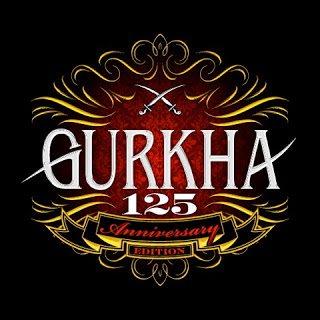 Miami, Florida – July 23, 2012 – Gurkha Cigar Group, Inc, makers of the super premium cigar brand Gurkha, are proud to announce the momentous launch of the Gurkha 125th Anniversary Edition cigar, which will be unveiled at this year’s IPCPR trade show at the Orange County Convention Center in Orlando, FL on August 2-6, 2012.

The year 2012 commemorates the 125th Anniversary of the Gurkha cigar, where it was this year back in 1887, at the height of the British rule that colonial soldiers first began to smoke and enjoy their own cigars from local tobacco. The fondness of the British for these legendary Nepalese fighters inspired them to name their cigars ‘Gurkhas’.

“We are very proud to continue the legacy and tradition of the Gurkha cigar,” said Gary Hyams, President of Gurkha Cigar Group, Inc. “The blending process has been a fascinating and creative journey and we are excited for cigar enthusiasts to try the finished product, which we feel appeals to all palates.”

Working in close collaboration with the Tabacos Don Leoncio factory in the Dominican Republic, the 125th Anniversary blend features an oily Cubra, Habano wrapper that is accompanied by an Ecuadorian, Habano binder and a complex combination of Nicaraguan, Brazilian and Dominican fillers. This intriguing medium bodied cigar encompasses a very smooth and flavorful taste profile, with tasting notes of rich tobacco and subtle hints of sweet spice, vanilla and chestnut. World-renowned for their packaging and design, the 125th Anniversary is worthy of another Gurkha masterpiece with each box being hand-carved using the finest mango wood and finished with exquisite brass fittings.

“We have been meticulous with every detail surrounding the 125th Anniversary project,” said Kaizad Hansotia, Chairman of Gurkha Cigar Group, Inc. “From the blend to the packaging and presentation, we are proud to have created a cigar that we believe truly lives up to the expectations of an anniversary cigar.”

Gurkha is one of the most famous brands of luxury hand-made cigars. Having extraordinary quality and premium blends of tobacco, Gurkha is known for limited release and rare tobacco products with outstanding and artistically oriented packaging. Considered the ‘Rolls Royce’ of cigars, this super premium brand is enjoyed by many of the world’s elite including members of royalty, military, leading government officials and celebrities.

More information on Gurkha Cigars can be found on the company’s: website:

Source: This press release was sent from Oliver
Hyams of Gurkha Cigars.  Cigar Coop will print press releases as a free
service to all cigar companies that choose to send Cigar Coop press
releases.