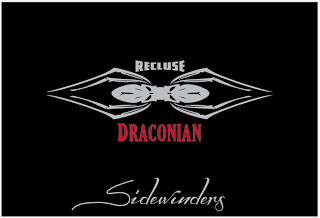 Iconic Leaf Cigars will early release three additional sizes of their upcoming Recluse Draconian cigar.  These three sizes will be released to five authorized Iconic Leaf Cigars’ retailers prior to the 2013 IPCPR Trade Show.  These vitolas will be in addition to the three Sidewinder vitolas.   Information of these new vitolas was first exclusively told to Cigar Coop.

In a conversation with Iconic Leaf National Brand and Marketing Manager Scott Weeks, Cigar Coop was told that prior to the IPCPR, there will be three additional sizes launched.  These three sizes will be box-press vitolas in a robusto, toro, and 6 x 60 size. These three box-press sizes will be going to five select authorized Iconic Leaf Cigars’ retailers.

Click here for our preview of the Iconic Leaf Recluse Sidewinders.