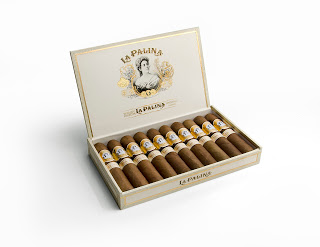 The name “Mr Sam” refers to the original founder of La Palina Cigars, Samuel Paley.  It was a name given to him by his factory workers.

Like the Goldie cigars, Mr. Sam is being made at El Titan de Bronze in Miami, Florida.

The La Palina Collection – Mr Sam will be unveiled at the 2013 IPCPR Trade Show in Las Vegas.

The blend of the La Palina Collection: Mr. Sam  will consist of Ecuadorian Habano wrapper over Nicaraguan binder and filler

Source: Information for this article was provided via press release to Cigar Coop.