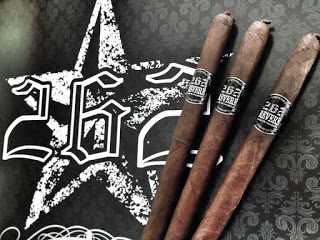 As we reported a few weeks ago, 262 is adding a lancero vitola to its Revere line.  The 262 Revere Lancero was officially unveiled at the 2013 IPCPR Trade Show. The lancero becomes the fourth core line vitola (and fifth vitola overall) in the Revere line.  The company expects the new line extension to ship this Fall.  It will be packaged 20 per box and the box will have an SRP of $161.00 (or $8.05 per cigar).

262 Cigars President Clint Aaron is a known fan of the lancero vitola.  In a press release received from 262 Cigars to Cigar Coop, Aaron said:

“Ah yes, 7×38. The Lancero, or as I like to call it, The Jackpot. A little over a year ago I began a quest to turn every shop in America into a Lancero shop. Many people scoffed at the idea and said it couldn’t be done. I asked them, “How does one eat an elephant? One bite at a time.” This was not an easy path, but I was up to the challenge. Several of our customers had been after us to make a Lancero in the Paradigm. Even though the 6×60 is a very popular size and has a huge following, we listened to our customers and set out to be different. There’s nothing wrong with a large ring gauge, but it’s just not our cup of tea. This year we are marching down the Lancero path again with the introduction of the REVERE Lancero. In the words of one of our customers, ‘That Lancero is so good that you’ll need a cigarette afterwards.’

It was at the 2012 IPCPR Trade Show where 262 Cigars launched the Revere line.  The Revere was the first all-Nicaraguan puro announced from the Lynchburg, Virginia based company.  The cigar was also the first from 262 to be made at the Plasencia factory in Nicaragua. The Revere line finished as our #14 Cigar for 2012.  The Robusto scored a 93 this past November on Cigar Coop.

At a glance here is a look at the 262 Revere line: