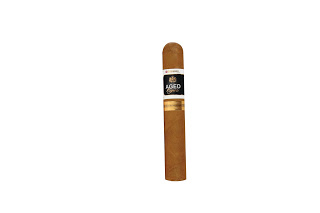 In 2006, climatic conditions were ideal for tobacco cultivation in the Dominican Republic, and an exceptional Piloto Cubano crop was harvested from the famed Cibao Valley. After seeing how beautifully the tobacco was curing in the sheds, we decided to set it aside for deep maturation, and use this superlative tobacco in our second Dunhill Aged Reserva Especiale offering.”

The Piloto Cubano leaves were aged in tercios for seven years, thus the name “2006” for this release.

The Dunhill Aged Reserva Especiale 2006 wil be a limited production release, with only 3,000 boxes of ten produced.

Dunhill Cigars are made by British Tobacco International.  They are distributed in the United States by General Cigar Company.

At a glance, let’s take a closer look at the Dunhill Aged Reserva Especiale 2006.

In addition to the seven year old Piloto Cubano Dominican tobacco, the Dunhill Aged Reserva Especiale 2006 contains some Brazilian Mata Fina tobacco and a Connecticut Shade wrapper. There was no specific breakdown of the binder and filler provided.