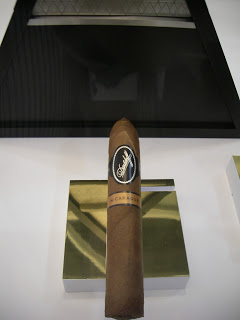 Davidoff Cigars will be adding a Belicoso to its recently announced Davidoff Nicaragua line.  The Belicoso vitola will be launched in Las Vegas at the 2013 IPCPR Trade Show and showcased at an event being held at the Venetian Hotel Grand Canal Shoppes.  The cigar will be packaged in a special limited edition humidor.

The Davidoff Nicaragua line marks the first Nicaraguan puro produced by Davidoff.  The cigar was soft launched last month at Davidoff’s flagship Madison Avenue store in New York.  The original announcement was three sizes: a Short Corona (3 3/4  x 46), a Robusto (5 x 50), and a Toro (5 1/2 x 50).  Dimensions for the Belicoso were not disclosed.

The Davidoff Nicaragua features a 10 year old Havana seed wrapper, a binder from Jalapa, and six to eight year old fillers from Condega, Esteli, and Ometepe.

The Davidoff Nicaragua Belicoso will be extremely limited with only a total of 12,500 cigars produced.  There will will only be 250 of the humidors produced. 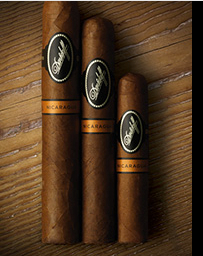