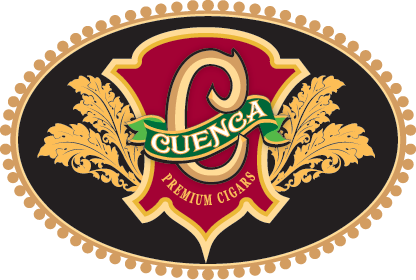 Hollywood, Florida retailer Cuenca Cigars has launched a box press robusto vitola in their Cuenca 5 Anniversary series.  The series was launched several months ago and made a debut in a torpedo box-press. At the time, Cuenca Cigars had mentioned more sizes were coming.  The Robusto Box Press marks the second vitola in the series. While the cigar is sold at the Cuenca Cigar retail store, it is being made available for wider distribution.

The Cuenca 5 Anniversary series is a collaborative effort between Miguel Cuenca and A.J. Fernandez.  When the series was launched, we learned some background on the project:
Uniquely blended by Miguel Cuenca, with a taste group of five seasoned smokers at Cuenca, Cigars of Hollywood, Florida, and later on with the final approval by Ana Cuenca. “This is how we do things at Cuenca Cigars…The blending process is multi layered to insure the best quality,” said Ana Cuenca. The Cuenca 5 reinforces the model behind Cuenca cigars of cultivating consumer palates by allowing the smoker to freely experience the many flavors of the Cuenca Humidor and developing a sophisticated palate. The complexity of the cigar is owed to the testing process of the Cuenca Customers, and we would appreciate a fully engaged feedback process by you in our reviews of the cigar. After all the Cuenca 5 celebrates our appreciation to you as our Customer for the past 5 years.


Back in January the Cuenca 5 Anniversary Torpedo Box Press scored a 93 on Cigar Coop.

Blend Profile
Since the series has been launched, more information on the blend has been provided.  The Criolla Cubana 2010 binder has been categorized as a “new experiment”.  Both sizes of the Cuenca 5 Anniversary contain the same blend.
Wrapper: Nicaragua Habano Ligero JalapaBinder: Criolla Cubana 2010
Filler: Dominican, Nicaraguan
Vitolas Available
For completeness, we include both vitolas in the Cuenca 5 Anniversary series.  Both vitolas are packaged in boxes of 10.