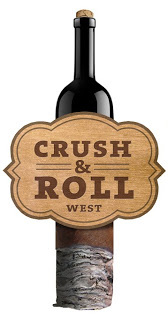 The fifth annual Crush & Roll West event is scheduled for September 6 and 7th at the Paso Robles fairgrounds just north of San Luis Obispo, California.  A portion of all event proceeds will benefit the North County Women’s Shelter & Resource Center
The event showcases some of the best premium wines and cigars in the world, but will also feature craft beet, entertainment, poker, auctions, and raffles.
From a wine standpoint, Crush & Roll West will feature Central Coast wines, but will also feature wineries from as far north as Napa and Sonoma and south to the Santa Maria Valley. From a cigar standpoint, premium cigars will be featured from manufacturers who make cigars in the Dominican Republic, Nicaragua, Honduras and Costa Rica.
The event kicks off on Friday, September 6 from 6:00–11:00 PM. It will feature a casual cigar, beer, and wine mixer – as well as the event’s third annual poker tourney (including prizes). There will also be live entertainment, free food, and raffles.  Patrons will get a free commemorative wine glass and there will be a live auction for the North County Women’s Shelter & Resource Center.
Day two on Saturday, September 7 is from 1:00–6:00 pm.  Crush & Roll West will bring on 50 different vendors and exhibitors including 20 cigar vendors, 20 wine and beer vendors and 10 lifestyle vendors of various types.  There also will be wine tasting, music, raffles and educational seminars. ncluded in Saturday’s fare will be wine tasting with some of the best wines from wineries in California. This year will even include a chance to serve on the 2013 Crush & Roll Magnus Port “Crushing Crew,” with Jeff Steele of Roxo Port Cellars leading the crush team.
This year the event is introducing a new “Social Ticket.” The Social Ticket is for those who want to enjoy all the benefits of the Crush & Roll West event, but who don’t smoke cigars. According to David “Doc” Diaz, one of the event promoters, “the festival attracts wine connoisseurs who find out that they also like cigars, but if they don’t, we now have a 2-day non-cigar ticket.
Diaz is also the publisher and editor, Stogie Fresh Cigar Publications.  In the week’s leading up to the event, he frequently will give updates and behind the scenes information for Crush and Roll West on his weekly Stogie Fresh 5 podcast. (during his “What’s been happening at Stogie Fresh segment?”)  He typically covers (and recaps) Crush & Roll West on a special podcast episode following the event.
As for the charity, the mission of the North County Women’s Shelter & Resource Center, whose mission is threefold: (1) To provide a safe environment with related services to women and their children who are victims of domestic violence, (2) To provide individuals and families in crisis with information, referrals, and low-cost counseling and, (3) To provide education and assistive services targeted at domestic violence prevention and intervention in the wider community of San Luis Obispo County.