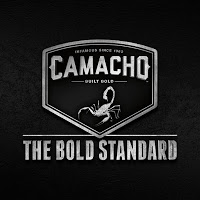 Camacho Cigars has announced that the 2013 edition of the Camacho Liberty will ship on September 30th.  With the Camacho Liberty 2013, this year’s edition follows suit with the “Bold Standard” packaging introduced earlier this year as part of the re-branding of the line.

The Camacho Liberty series follows a small batch concept. Each year Camacho releases a limited number of a cigar blended specifically for the year in a single vitola. Each individual cigar is put into its own individual coffin-like box and numbered. From year to year the blend and design of the stick changes.

The 2013 edition features black colored coffin boxes with the new Camacho logo.  It includes the slogan “FREEDOM IS NOT FREE”.  Production will be limited to 40,000 cigars total. 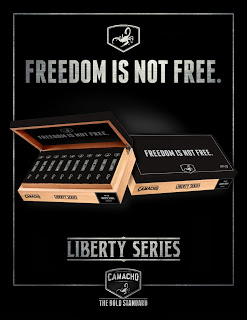 At a glance, here are the particulars for the Camacho Liberty 2013: