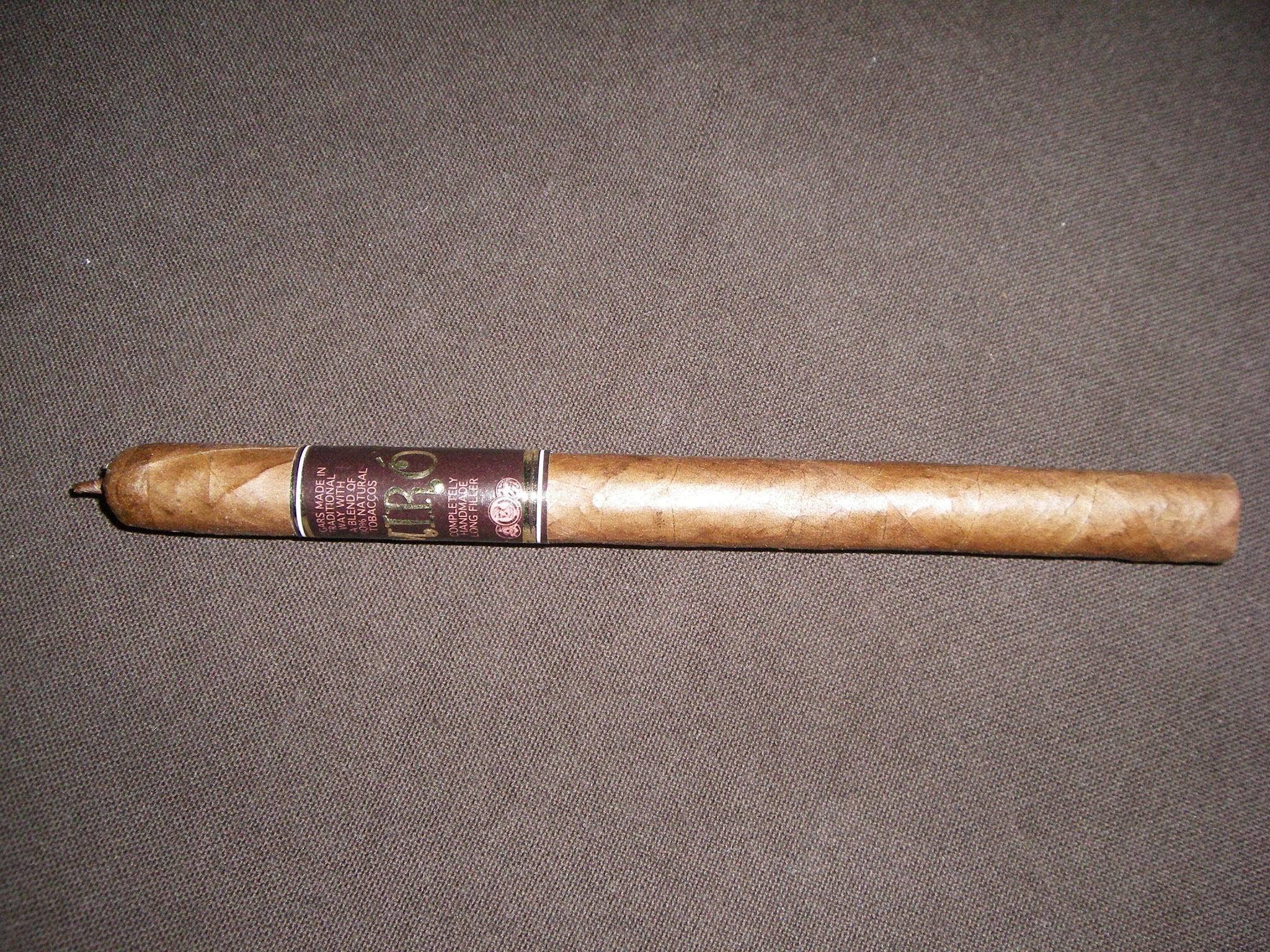 John Gonzalez, Vice President of Kuuts explained how the Special Edition Lancero project came about:  “The Miro Lancero will keep the same basic characteristics of the original blend with more emphasis on flavor for the true traditionalists that enjoy this vitola.  What started out as a private smoke for our Operations Manager Gabriel Alvarez, turned out to be a future project. After traveling throughout the US, the obvious demand for a quality Lancero still exists. I thought it was time to release it as a Special Edition with the possibility of a full release in the future.”

Without further ado, let’s take a closer look at the Miro Special Edition Lancero and see what this cigar brings to the table.  Since what we smoked was a pre-release of this cigar, we will default to our “pre-review” format and discuss our thoughts and perspectives.  Once this is released, we will re-visit again and provide a rating and score.  As a disclaimer, this write-up is based on a single smoking experience of the Special Edition Lancero.

Blend Profile The Miro Special Edition Lancero is made at the company’s Compania Hondurena de Tabacos factory in Danli, Honduras.

The Ecuadorian Sumatra wrapper to the Miro Special Edition Lancero has a woody looking color with some darker marbling on it.  The wrapper seams are well hidden, but there are some visible veins.  On the cap is a traditional lancero pig-tail.

The cigar features a brown band with gold and white trim.  On the center of the band is the text “MIRÓ” in large gold font.   Above the “MIRÓ”text are the words “CIGARS MADE THE TRADITIONAL WAY WITH A BLEND OF 100% NATURAL TOBACCOS” in a small rust colored color.  Below the “MIRÓ” text are the words “”COMPLETELY HANDMADE LONG FILLER” – also in a small rust colored font.  There are also three medallions toward the bottom of the band – also in a rust-colored font.

At the start of the Miro Special Edition Lancero, I opted use a straight cut as opposed to pulling off the pig-tail.  Once the cap was clipped, I moved on to the pre-light draw.  The dry draw notes provided a combination of wood, cedar, and some floral sweetness.  Overall I considered the pre-light draw to the Miro Special Edition Lancero to be satisfactory.  At this point, I was ready to light up this lancero and see what the overall smoking experience would bring to the table.

The start to the Miro Special Edition Lancero had what I consider a short and quick blast of pepper.  As the pepper subsided, it gave way to some notes of wood.  The pepper would recede into the background early and was joined by some natural tobacco notes – which have the Miro Special Edition Lancero some nice sweetness.  The retro-hale produced a nice herbal spice that complemented the flavors on the tongue perfectly.

Toward the end first third, the natural tobacco notes moved into the forefront displacing the wood notes.  Some notes of coffee also emerged in the background.  Meanwhile the pepper notes became more of an herbal spice.  The combination of natural tobacco up-front with background notes of coffee and herbal spice seemed most unusual, yet somehow worked real well with the Special Edition Lancero.

In the second third, the coffee notes increased and joined the natural tobacco notes as primary flavors.  By the start of the second half, the spice notes now increased.  By the last third, the spice notes took over as the main flavor, while natural tobacco and coffee notes were now secondary.   The close to the smoking experience of the Miro Special Edition Lancero was somewhat spicy, but not harsh.  The resulting nub was cool in temperature, but slightly soft to the touch.

The Miro Special Edition Lancero is a well constructed cigar and this is reflected in the attributes of burn and draw.  The burn line remained razor sharp for the majority of the smoking experience requiring minimal touch-ups.  The resulting ash was tight and not prone to any flaking.  The ash had a light gray color with some dark spots.  The burn rate and burn temperature were ideal. 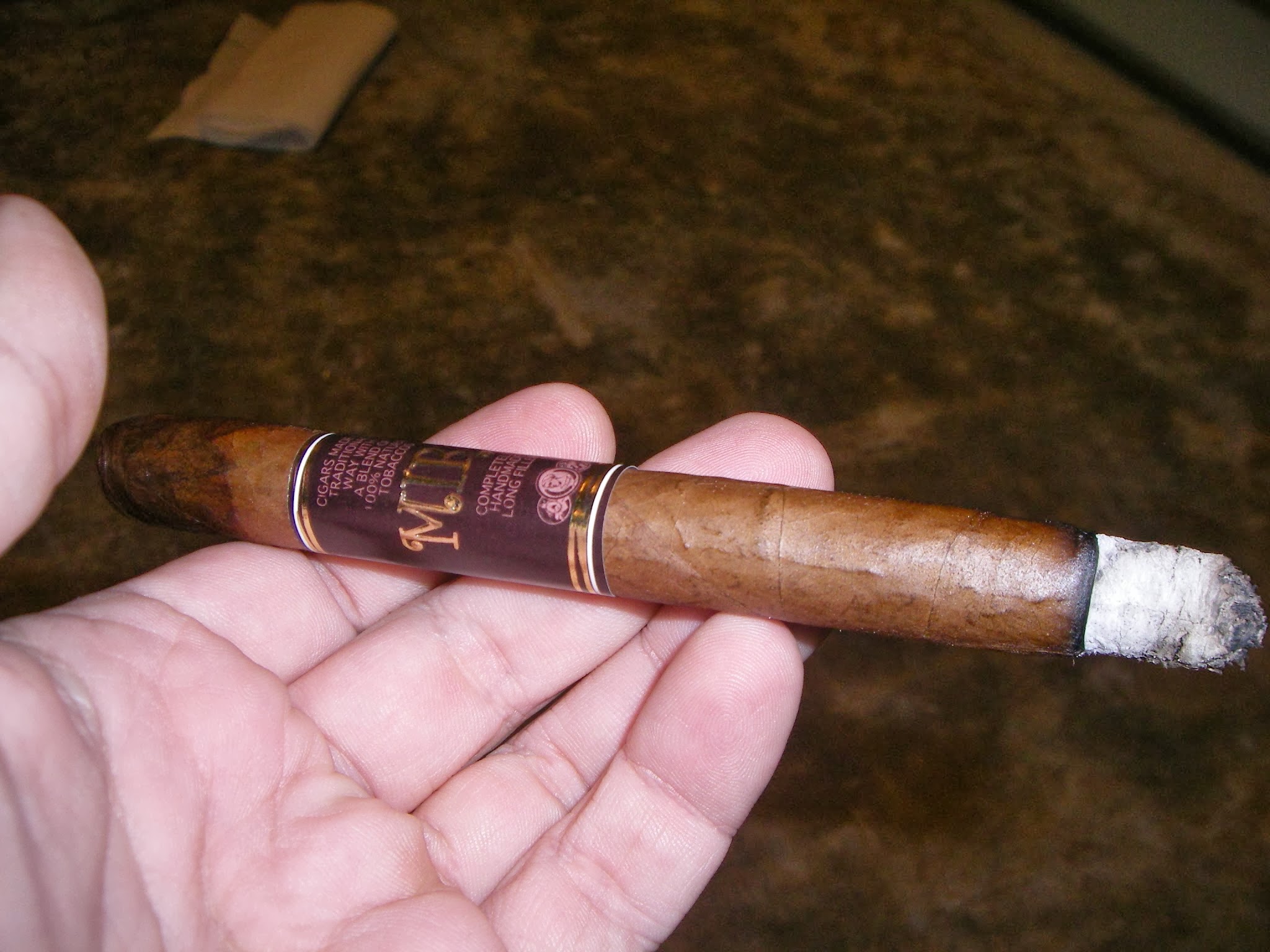 I have found the Miro line to be an excellent line of cigars and the Miro Special Edition Lancero reinforces this.  I felt this particular cigar brought a very interesting flavor profile, delivered complexity, and was well-balanced when it came to strength versus body.  Many times I think when it comes to lanceros, they can be overhyped.  In the case of the Miro Special Edition Lancero, this absolutely a lancero I would get excited about.   I would not hesitate recommending this cigar to a novice cigar enthusiast who wants to graduate to something in the medium / medium to full range in terms of strength and body.  Experienced cigar enthusiasts will appreciate the flavor and complexity this cigar delivers. As for myself,  while a lancero is not my first choice of a vitola, this one stands apart – and its certainly a cigar I would buy and smoke again.

Source: The cigar for this assessment were provided by Kuuts LLC.  The samples received were initiated by Kuuts LLC order to provide feedback.  Cigar Coop is appreciative for the sample, but in no way does this influence this write-up.