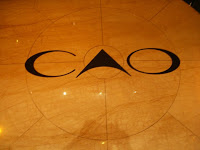 CAO is planning a special limited edition small batch release in their La Traviata line.  The La Travitata Angry Santa and Evil Snowman will be released in time for the holiday season and each will feature a Christmas character themed release.

The cigars will be packaged in boxes of 14 with a total of 1500 boxes produced.  The cigars will only be allocated to brick and mortar stores.  A single vitola 6 1/2 x 52 vitola will be produced for both the Angry Santa and Evil Snowman blends. 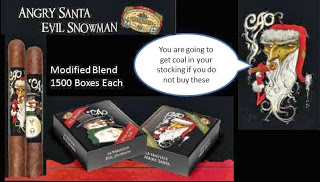