The vision behind our Cigar Coop Cigar of the Year Coutndown is to find the best new blends that were smoked in the past year.  At the same time, there are many great blends that have already been released that add line extensions in the form of new vitolas.  These vitolas share the same tobacco components.  These cigars are not considered for the countdown.   Therefore, for the fourth consecutive year we bring you our Best Line Extension selections.

With our further ado, here are our selections for 2013: 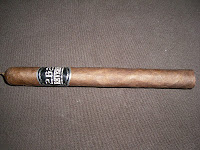 The 262 Revere line was introduced by 262 Cigars at the 2012 IPCPR Trade Show.  This introduced a Nicaraguan puro into Clint Aaron‘s portfolio.  The cigar wow’d us and was our #14 Cigar for the Year for 2012.  This year a 6 x 46 lonsdale vitola line extension was introduced for J. Shepherd Cigars in Louisville, Kentucky as a limited production, retail-exclusive cigar.

While 262 also launched a lancero vitola this year, it was this 6 x 46 vitola that really shined.  This cigar delivered a highly complex flavor profile that included notes of coffee, natural tobacco, pepper, cream, citrus, and earth.  The flavors are full-bodied countered by medium strength. 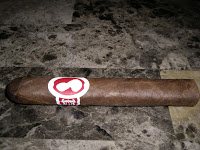 While much of My Father Cigars’ attention was on the 10th Anniversary celebration, quietly a line extension for the La Duena line was introduced in the form of a 6 x 56 box-press Toro Grande called La Duena No. 13.

The La Duena was a cigar that was introduced at the 2012 IPCPR Trade Show by My Father Cigars.  This has also been unofficially become known as the “Janny Garcia” cigar.  The name La Duena translates to “the owner” and this is case Janny is the daughter of My Father Cigars patriarch Don Pepin Garcia.  The cigar was blended by Pete Johnson and features a Connecticut Broadleaf wrapper over a mix of Connecticut Broadleaf and Nicaraguan tobaccos for both the binder and filler.

The No. 13 is the largest vitola in the line – and the only box-press.  The flavor profile delivers a medium-bodied smoke with notes of chocolate, pepper, leather, and citrus.  The strength was a bit dialed back from its rounded siblings – which I think made the big difference in this vitola.  This one might be the best frontmark in the line. 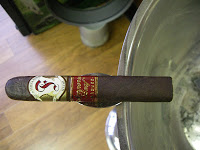 The Aganorsa Leaf Maduro features Nicaraguan tobaccos from the company’s Aganorsa farms.  The cigar itself is covered with a San Andres wrapper.

In our opinion, the smaller format really worked well with this blend.  It delivers a spicy maduro cigar with a mix of pepper, earth, black pepper, and some cherry sweetness.  The notes were full-bodied countered by medium to full strength. While it is a spicy blend, it is not a case where the San Andres wrapper overwhelms the blend.  In fact it is a textbook example for how San Andres can work well – and Casa Fernandez has proven to master working with this wrapper. 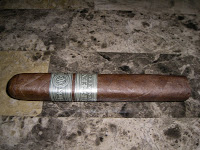 The Rocky Patel Fifteenth Anniversary is a cigar that was introduced in 2010 to commemorate company owner Rocky Patel’s 15 years in the cigar industry.  This year a 6 x 60 gordo was introduced to the line becoming the fifth regular offering in this blend (there is a sixth vitola that is a Robusto Grande that was offered to the TAA).  Like the rest of the line the 15th Anniversary 6 x 60 is a box press featuring an Ecuadorian Habano wrapper over Nicaraguan binder and filler.

Over the past couple of years, we have seen Rocky Patel Premium Cigars introduce more large ring gauge offerings.  Many times large ring gauge cigars, and in particular 6 x 60 line extensions are often not seen in a positive light.  The 15th Anniversary delivers an excellent 6 x 60 vitola.  The cigar delivers notes of leather, cocoa, exotic spice, and earth.  The flavors are medium-bodied to start, but will eventually become full-bodied by the end of the cigar.  There is a nice amount of strength from the 6 x 60.  It starts out medium to full before progressing to full at the end.

When the 15th Anniversary was released, this finished as our #23 Cigar of 2010.  This one lives up to the solid reputation of the line and is worth checking out. 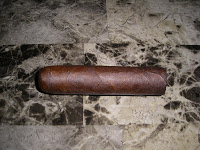 The Super Shot was inspired from Farkas’ interest in clay shooting. Farkas was hoping to create a short smoke while taking a break in between shooting.  The cigars are shaped and sized similar to a shotgun shell – and are named 10 Gauge and 12 Gauge to represent the shell size.  The cigar is a Nicaraguan puro.  It was originally released with a Criollo wrapper (which is what the WLP Super Shot uses).  This past year, Viaje also added a Corojo option to this line.

That extra 1/4 inch combined with the aging really seemed to be a great for this size.  Not only did it give a little more time on the smoke, but it produced some great flavors.  The WLP Super Shot 12 Gauga produces flavors of pepper, earth,  coffee, cedar spice, and a unique sweetness that was a cross between natural tobacco and sugar cane. 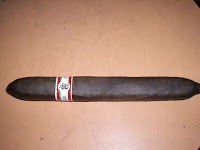 The Tatuaje Avion 13 FF originally started out to be the 2013 offering of the Avion series. The Avion series consists of a single annual limited edition vitola that has been based on Tatuaje’s Fausto blend.  During the production process the Avion 13, Tatuaje’s Pete Johnson made a decision to switch the normal Habano Ecuador Maduro wrapper to a Broadleaf wrapper.  Much of the reasoning to do this was to avoid similarities with the Avion 11 (the 2011 offering).  However this decision was made after 7,500 cigars with the Habano Ecuador Maduro wrapper remained. Johnson made the decision to offer these cigars in 10 pack bundles and dubbed this version the Tatuaje Avion 13 FF.  Meanwhile the larger production Broadleaf wrapper offering is being called the Tatuaje Avion 13 Reserva.

In my opinion, the Avion FF turns out to be the best release in the Avion line.  I got notes of cocoa, earth, and pepper. This wasn’t the most complex Avion, but it was the most flavorful. The notes were full-bodied – and the strength was also in the full range.   This one also had the best burn and draw of any of the Avions. 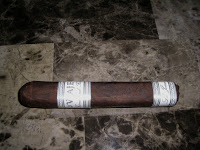 The Friends and Family is a Nicaraguan puro using Aganorsa Leaf tobacco.  Not much else is known of the blend.  Both the Cadeau and Le Joueur were made in very small batches – even by Viaje standards.  This results in many retailers only receiving one or two boxes of 15.

The Le Joueur delivers a complex flavor profile of wood, mocha, caramel, cinnamon, and assorted spices.  This cigar was a little dialed back from the Cadeau as it was mild to medium strength to start before progressing to medium.  The flavors start out medium-bodied before progressing to medium to full.  It’s hard to tell if this was due to the blend and/or aging.  Either way, the Le Joueur was a solid addition to this line. 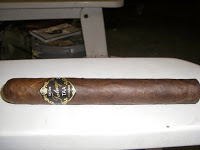 The Tatuaje 10th Anniversary Grand Chasseur TAA 2013 was one of three new line extensions based on the Tatuaje Brown Label blend  released to commemorate Tatuaje’s 10th anniversary.  This one was made exclusively to Tobacconist Association of America retailers.  This is the third consecutive year Tatuaje has made a cigar available to the TAA. We made an executive call to consider this a line extension here.

This marks the second year a Tatuaje TAA cigar has made this list.  Last year the Tatuaje TAA 2012 made our Best Line Extensions list, but that was an entirely different blend.  Of the new vitolas released for the 10th Anniversary, this Grand Chasseur was the one that was most satisfying.

The cigar features an Ecuadorian Habano wrapper over Nicaraguan binder and filler.  The Grand Chasseur is the largest of the three new vitolas for the 10th anniversary coming as a 6 3/4 x 54 Gran Toro.  While it didn’t provide a lot of flavor transitions, it had some terrific flavor nuances of pepper, earth, coffee, and dark chocolate. I found the strength and body of this cigar to both be medium. Construction was top notch as it produced a stellar burn and draw. 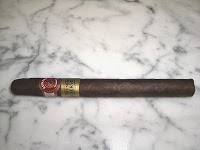 At the 2013 IPCPR Trade Show, Reinado Cigars released three line extensions to its Grand Empire Reserve (GER) line at the 2013 IPCPR Trade Show.  The year prior , Reinado had launched the first vitola in the GER line which was a box-pressed robusto called Elegidos.  The Elegidos showcased the promise of this line as it finished as an Honorable Mention in our 2012 Cigar of the Year countdown.  In the case of the Petit Lancero, this becomes the crown jewel of this line.

In terms of the Petit Lancero it its a 6 x 38 vitola.  This is Reinado’s first limited edition offering.  While the other sizes of the Grand Empire Reserve line are core, the Petit Lancero is being limited to a production of 250 boxes of 10.  The cigar is a Nicaraguan puro with Nicaraguan Maduro Select wrapper.

I’ve found each of the vitolas of the Grand Empire Reserve line tell their own story, and the Petit Lancero is no exception.  The Petit Lancero produces notes of coffee, pepper, natural tobacco, and citrus. I found all of the flavors all balanced each other nicely. The flavors are medium to full-bodied. The strength starts out medium before progressing to medium to full. Overall a well constructed cigar and a real gem released in 2013. 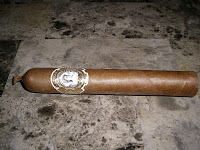 This cigar delivers its own story in terms of a flavor profile.  I picked up notes pepper, wood,  nut, floral, citrus and unsweetened butterscotch.  The flavors are extremely well-balanced. The medio tiempo can definitely be picked up on the Goldie No. 5’s retro-hale.  The cigar is a medium to full strength, medium to full-bodied smoke.  The construction is flawless.

We scored this a 95 consistently throughout the year. This cigar not only earns the #1 Line Extension for 2013, but it also becomes the third cigar this year to achieve our “Oasis” rating – the highest assessment rating we give to a cigar.