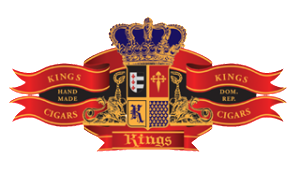 Kings Cigars, the company that made its debut 2013 is planning to launch the fourth and fifth blends.  The company has recently posted some information about the King of Kings Broadleaf Limited Edition and an eponymous line called Kings.

The second release is the eponymous named Kings Cigar.  This blend marks a departure from the Nicaraguan blends as it incorporates a Brazilian Arapiraca wrapper and Dominican binders and fillers. The cigars appear to have a cedar covering from the footer to the band.

At a glance, here is a look at the King of Kings Broadleaf Limited Edition and Kings Cigar