Last week Michael Giannini of General Cigar Company was a guest on CigarChat and indicated he was working on a joint project with another major manufacturer.  Yesterday, the details of the project have been unveiled, and the two will release the “Re+United”.   This collaboration is expected to hit retailer shelves in March.  Details of this announcement were first reported on 2/11/14 by Cigar Aficionado.

The project is listed as a joint project between Foundry Tobacco Company, a subsidiary of General run by Giannini and E.P. Carrillo. Both General and EPC will be contributing tobaccos to the blend.  The Re+United cigar is being rolled at Ernesto Perez-Carrillo Jr.’s Tabacalera La Alianza S.A. and also distributed by his E.P. Carrillo company.

The name Re+United is appropriate.  It was Perez-Carrillo Jr who sold La Gloria Cubana to General Cigar Company a few years ago.  He stayed on board and developed a friendship with Giannini while there. 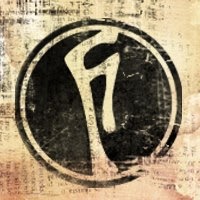 At a glance, here is a look at the Re+United as reported by Cigar Aficionado:

As mentioned the tobaccos are split between the two companies.  The wrapper comefrom General Cigar Company, the binder from EPC, and the fillers from General and EPC.  The wrapper leaf was grown by Oliva Tobacco Company and features an eighth priming Ecuadorian Havana leaf that is hard to get.