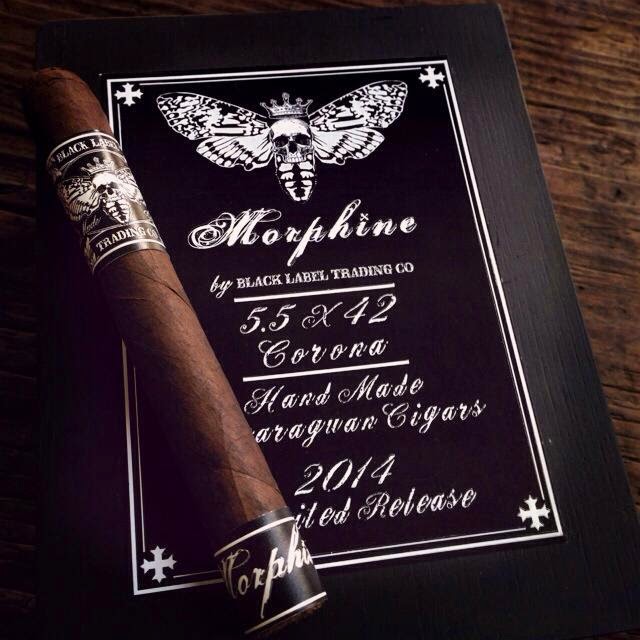 Black Label Trading Company has announced their seventh blend in the line.  The MORPHINE will be unique in that it incorporates two maduro wrappers.

Black Label Trading Company was launched in 2013 where the launched six blends.  The company employs a small batch, high quality philosophy with the slogan “less is more”.  The cigars are made in

The Morphine introduces a stronger, more-full-bodied smoke to the Black Label Trading Company line-up.  The cigar will be produced in Esteli, Nicaragua.  It will be released to select retailers in June.

In a press release issued by the company, founder James Brown said: “The goal was to give our customers what they have been waiting for. Something big, bold & badass. They expect our smokes to be unique and out of the box when it comes to flavor profile. Morphine is exactly that. Everyone thought I was a little crazy when I explained the double wrapper idea but combining the Ecuadorean maduro wrapper with the San Andres elevated the cigar to a whole new level of richness and complexity.”

The Morphine will join the Salvation, Redemption, Royalty, Benediction, Lawless and Last Rites blends which were released last year.

At a glance, here is a look at the Black Label Morphine:

The Black Label Morphine is being released in two sizes: