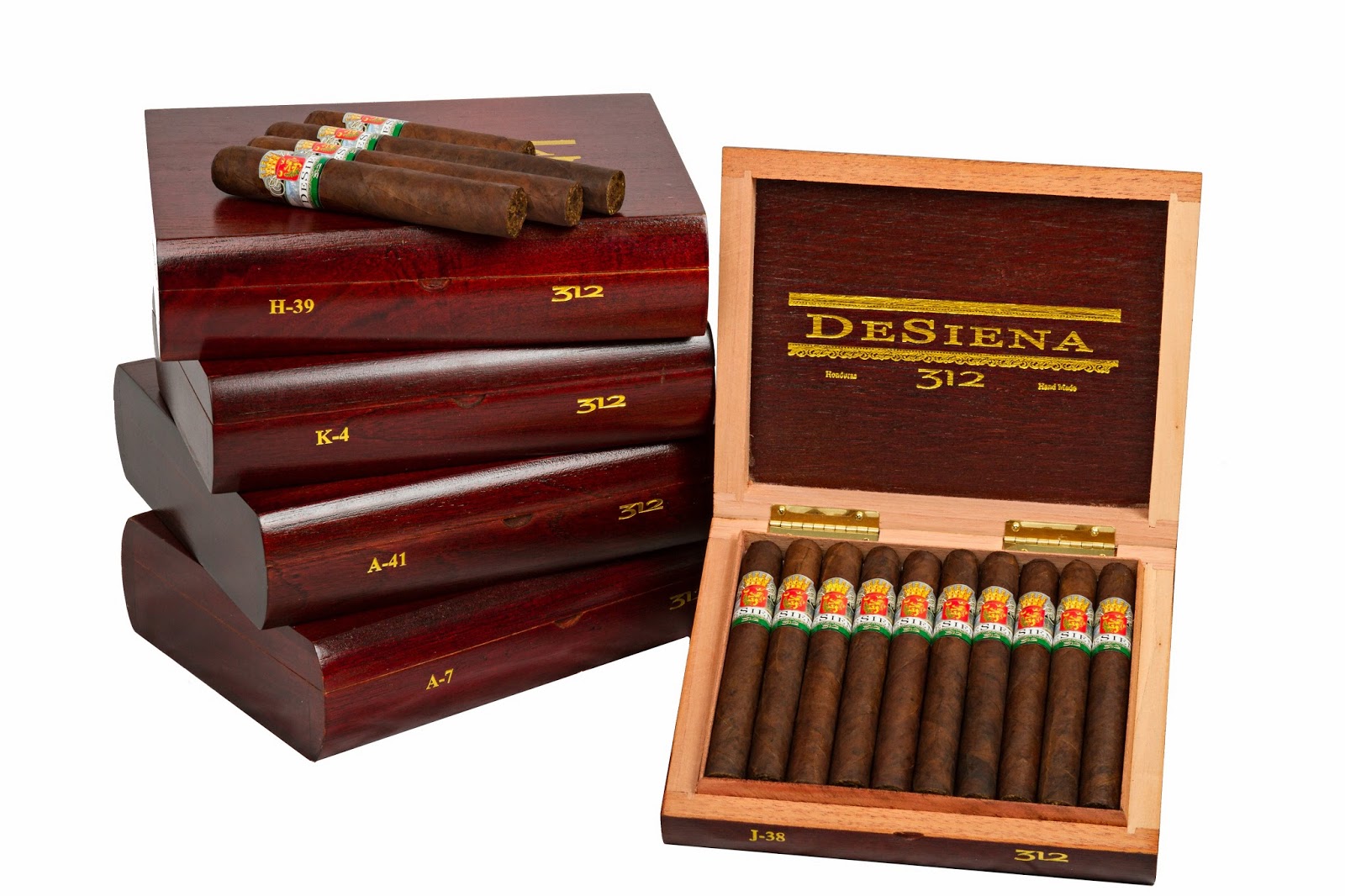 DeSiena Cigars, a company founded by Adam DeSiena has announced their first cigar, the DeSiena 312.  This new line was made at Nestor Plasencia’s Tobacos de Oriente factory in Danli Honduras and is now making its way nationwide.

The DeSiena 312 derives its name from the birth month’s (March and December) of DeSiena’s children. DeSiena also incorporates his heritage into the banding of the cigar. The band reflects his family’s heritage from Siena Italy. The countryside of the town is used on the backdrop of the band and incorporates the family crest with the crown signifying excellence.

In regards to selecting Plasencia, ““We chose the Honduran factory of Nestor Plasencia,” DeSiena reported, “knowing his industry-wide reputation for growing superlative tobacco and his production capability.  He has created a blend of truly world-class stature.”

At a glance here is a look at the DeSiena 312 line:

According to DeSiena, the cigar features tobaccos coming from Plasencia plantations.  The blend contains all long-fuller tobaccos aged 3 to 5 years.  The finished cigars rest in cedar another three months.

The cigar is being launched in four sizes.  All cigars are bunched entubado style.  The cigars are packaged 20 per box.