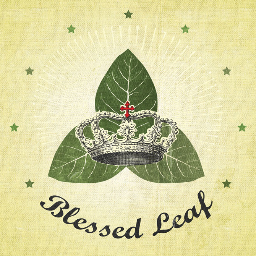 Back in September, we noted that Blessed Leaf, a Christian -based ministry founded by Ezra Zion Cigar Company co-owners Kyle Hoover and Chris Kelly was planning on launching a cigar for the ministry.  This past week, details of that cigar – the Blessed Leaf Kairos were announced.

This is a project that has been in our hearts for over a year. Our vision was to produce a great cigar with vintage tobaccos and have the proceeds go to ministry and missions efforts.” noted Hoover.

“For this project, we went back to our roots: Nicaraguan tobacco! This is a Nicaraguan puro in the Ezra Zion genre of blending. Since we are doing this for The Lord, it had to be the best work we could possibly do!” added Kelly.

In describing the name of the origin of the name Kairos ,Hoover added: “We chose the name Kairos because of it’s unique meaning to this project. Kairos is defined as a specific moment in time when the Divine intervenes directly into your life. To us, there is a duel application. Obviously, as a person smokes the cigar they will have a ‘heavenly’ smoking experience. Secondly, that the support raised for Christian missions will impact people’s lives with the gospel of Christ.”

At a glance, here is a look at the Blessed Leaf Kairos: