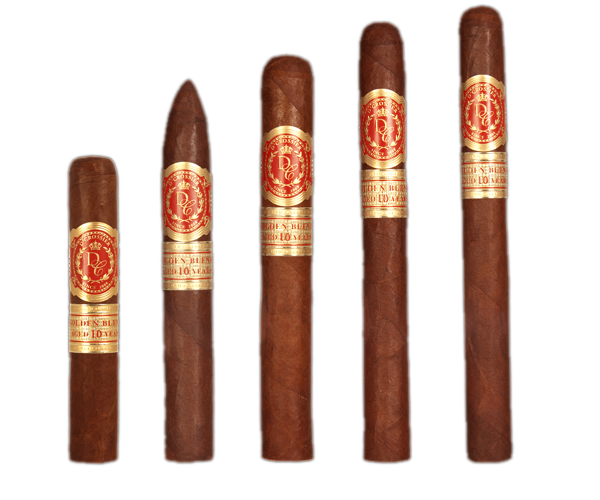 The original D’Crossier Golden Blend was introduced back in 2010.  It was described as a “mild to medium blend of select tobaccos aged for seven years”.  Early last year, work on the D’Crossier Golden Blend Aged 10 Years series began.  This new blend involved using some of the best tobacco available to the company – 40 percent which was harvested back in 2004.  The Aged 10 Years series is described as a medium to full-flavored cigar.

D’Crossier is a brand made by Pure Aroma Cigars – who was founded by Isaisas Santana Diaz. Pure Aroma Cigars is based out of Miami, Florida but uses a factory in Costa Rica to make their cigars.  Diaz is originally from Havana, Cuba but has lived in the United States since 1995. He named his company’s main brand D’Crossier as a tribute to his great grandfather Francisco Crossier. Originally Crossier came over to Cuba from France in search of a place to expand some vineyards he owned. It was there where Crossier expanded his passion for cigars. Diaz founded the company to complete his great grandfather’s legacy.

At a glance, here is a look at the D’Crossier Golden Blend Aged 10 Years:

The D’Crossier Golden Blend Aged 10 Years is manufactured in Costa Rica.  The blend itself is a four country blend.

The D’Crossier Golden Blend Aged 10 Years is available in five sizes.   The cigars have been aged and packaged in boxes of 25 for more than a year.